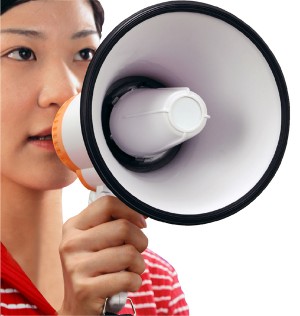 A megaphone - It amplifies sound

With President Obama keen, or perhaps not so, to deliver on one of his original election promises, to close Guantanomo Bay`s detention center, political observers say the prospect of interrogations being carried out at Harajuku’s La Foret is becoming increasingly real.

While La Foret, a clothing store aimed at young women, couldn`t accommodate waterboarding, it could bring something else just as important; twenty young sales women shouting their specials into megaphones during sales campaigns.

Republican Senator and former Prisoner Of War John McCain has reportedly said that while it looks much more accomodating than the Hanoi Hilton, the sales pitches can be far more annoying than the repeated attempts by the North Vietnamese to destroy his will when he was forced into a bamboo cage which was then lowered into a rat infested river.  McCain apparently also expressed sadness that his captors hadn`t consisted of cute adolescent females in short skirts. 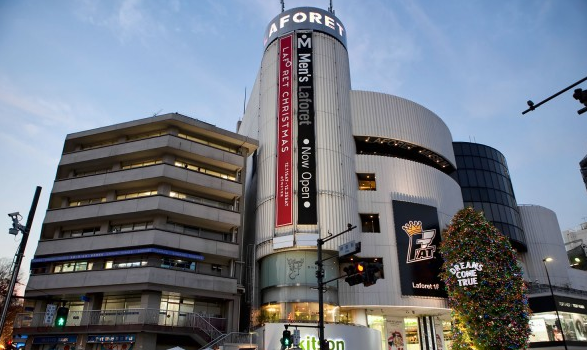 We found one CIA hardnut, quite possibly a former member of some kind of artillery division, who spoke off the record, “Maaan…They got decibels and decibels when they use them megaphones.  And they can achieve an incredible high-pitch too.  I’m telling you maaan – you are going get some nasty towel-heads reduced to pathetic weeping wrecks after a couple of hours of this noise.  Hoo boy!!” 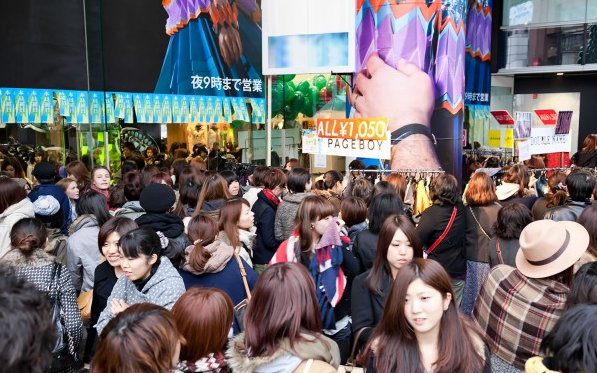 Many of these people will experience tinnitus in the near future

As to the potential for some local opposition to the use of a much loved shopping icon for less than peaceful purposes,  the CIA hardnut responded, “Keep dreaming pal.  Although Japan does have a small but committed number of Communists,  Peaceniks and other assorted bedwetters, they only march on weekends and nobody gives a toss about what they think.  So it looks very promising for this new location.”