“What kind of name is that?” asked Robert di Nero’s character on being introduced to Ben Sziller’s character in Meet The Parents.  The question was delivered with the cold, steely look of a man who was most likely trying unsuccessfully to drive away the image of the younger man having sex with his daughter.  It’s an image that, understandably, fathers have enormous difficulty coping with.  And this in turn can make it tough on the future son-in-law.  Add to this situation a racial element and it can be very awkward, as 28 year old Alex West is finding out.

Alex first met his fiancé’s father five months ago.  The relationship started out cordially enough, before the older man’s lack of cultural understanding and bare bones bigotry began to surface.  “He has asked me questions like, “Do you have any ambition beyond getting the best seat in the bar?” And he’s said the most prejudiced things to me like, “I don’t see what my daughter sees in you.  From what she tells me, you’re a work-shy boozer without a cent to your name.”  As far as I’m concerned, this is all bluster trying to cover up the elephant in the room; race.”

A loyalty card carrying patron of a number of drinking establishments in Tokyo, Alex and his 27 year old fiancé, Ai Dousei, met at a British pub in Kichijoji 12 months ago.  The pair hit it off immediately, sharing their first french kiss surrounded by other customers in a convenience store, before consumating their new relationship in the toilet of a karaoke bar later that evening.  They awoke the following morning, bodies still entwined, with the glow that only lovers who know that their rightful place is beside one another would understand.  The physical side of the relationship then progressed to the use of restraints, various novelty items, and positions for which lubrication is a must-have item. 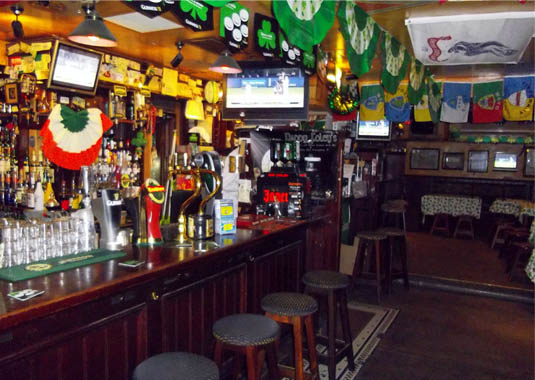 Alex has confronted his fiancé’s father about the racial issue, only to see some classic Japanese avoidance of the real issue.  “After I had said my piece he went on some kind of irrelevant rant saying, “No! No! No!  I spent two years in America.  I like the country.  I wish Japanese politicians were more like American politicians.  I wish we had more transparency in our legal system like America.  I love Hollywood movies.  I love Bon Jovi, Richard Marx and Michael Bolton.  I love hamburgers.  I…just…don’t…like…you.” ”

Further proof of the barriers that Alex has had to face have come in all kinds of ways.  “We were eating mikan for afternoon snacks one day,” explained Alex.  “Everyone else peeled their mikan in a way so that the skin was connected at the bottom – looking like a plate – but when I peeled my tangerines, the skin ended up in bits and pieces, which drew gasps and unequivocal “How did we lose a war to these clowns” kinds of expressions from the (fiancé’s) parents.”

The relationship between Alex and his probable future in-laws has reached an all-time low in the last few months.  Following a drunken vomiting incident during the August Obon Holiday, Alex has found himself persona-non-grata.  Although as Alex queried, “It seems a little strange to me.  Would a Japanese guy get the same treatment if he were to help himself to a prodigious amount of very fine sake, and then all but destroy a whole room of freshly laid tatami?”