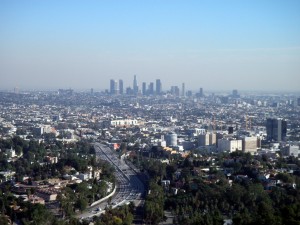 Groundbreaking international police cooperation took place in Los Angeles last month when Tokyo law enforcer Takeshi Takakura teamed up with the LAPD’s Danny Stone.  The two cops were ordered to work together to track down and arrest Larry McDonald, a 29 year old American who had fled Tokyo after being suspected of running a bicycle stealing racket.

“I wasn’t expecting a wacky time of East-Meets-West style madness, but I kind of hoped we’d get along and learn from each other,” said Takakura. “There was no chance of that though because of Stone and his textbook manner.”

The first hiccup occurred when Takakura got in the car and selected a radio station with hip-hop music on high rotation.  “When Stone got in the car he had a look of disgust on his face.  He said to me, “What the f*** is this crap?  Just because I’m black you think I like rap?  That’s quite an assumption to make.”  And there I was naively thinking that he’d appreciate my knowledge of the local music.”

As Takakura explained, the awkward moments associated with cross-culture bonding continued throughout the time the two spent together. “Lunch on the first day was at a sushi bar.  I told Stone that he didn`t have to take me there. But he snapped at me, “I could care less about your culture.  I eat sushi twice a week.  We’re going because I always go there.  Do you think I`d still have these pecs and abs if I just ate doughnuts all day? I don’t care what country it’s from.  It just ticks all the boxes.  You think only Japanese eat sushi?  What about pizza?  Do you think only Italians eat pizza?  Man, you are so narrow-minded.” ” 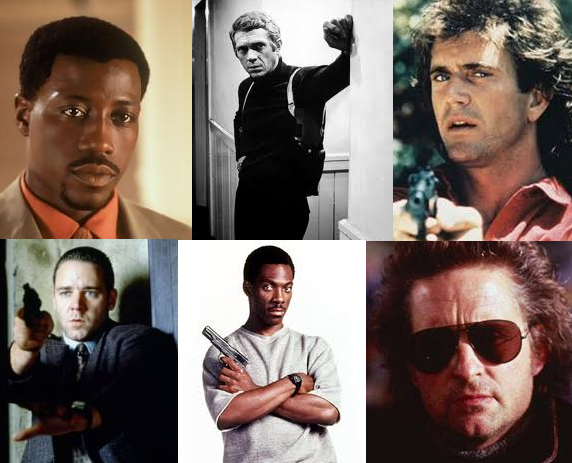 These cops were all tough guys who thumbed their noses at official procedures…they were also all fictional characters.

Despite Stone’s prickliness, Takakura still held out hope of an invitation to dinner with his partner’s family.  His hopes were dashed however, by an abrupt brush off.  “He told me that he lived in Apple Valley, a suburb way out of town, and that if he took me home for dinner, he’d have to drive me all the way back to the city.  So he just dropped me off outside a Chinese take-out near my hotel before cruising away.”

Stone wasn’t completely standoffish.  In a moment of rare banter he compared the climate of Japan with that of California, saying, “It’s ok for you Japanese.  You have four seasons which you think you have ownership rights to.  Try living here in LA with the constant sunshine.  A man can go sterile in this environment.  These incessant blue skies will mess with your mind and lower your sperm count.”

McDonald was found and arrested after just a few days of chasing various leads.  He wasn’t exactly thrilled to be arrested, and kept up a steady stream of abuse during the ride back to the police station.  Takakura then decided to sort things out by what he believed was the old fashioned American way; he elbowed the suspect in the head.  It was then that Stone turned around and, rather than chuckling along and making a wise-crack, berated Takakura by asking, “Are you nuts?  We have to adhere to strict legal procedures.  The man is not only under arrest, but he is also in handcuffs.  You can’t assault the guy.”

With the case wrapped up, all that was left to do was for Stone to drop Takakura off at the airport.  That’s what Takakura was expecting.  “He didn’t (drop me off at the airport),” explained Takakura, “He ordered a rookie to take care of me.  There was no cute LA gift for me.  Not even a backslap or anything.  It was cased closed and sayonara Takeshi.  I actually thought that Stone might have slipped some kind of surprise souvenir into my bag when I wasn`t looking.  Of course – that didn’t happen.  I wanted to work with Dirty Harry.  Instead I had to team up with some guy who irons his underpants.”