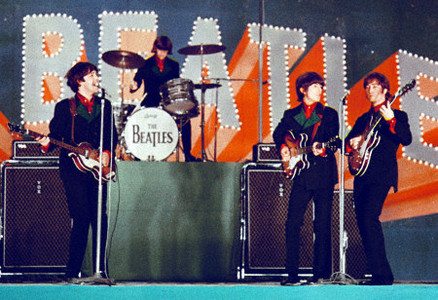 These guys chose to play melodic guitar driven pop when they performed at the Budokan. What about you? What are you going to play?

So, you’ve got a bit of talent and you fancy yourself up on stage.  Trouble is, with so many different sounds, it’s hard to know which form of music to get into.  If only there was someone there to give you the right advice.  Well, that’s where we can step in and help you decide which music genre is right for you.

1. Sex
Do you:
a) pick up a girl at a bar in town after working hard for six days straight?
b) make sweet and tender love to your woman?
c) crack one out single handed because your woman left you at the station?
d) go “raw dog” on your bitch whilst your homey pours Hennessy over her breasts?
2. Transport
Do you:
a) get around in an old Cadillac?
b) slowly walk around town kicking away cans on the footpath?
c) drive a utility vehicle with your labor tools in the back?
d) drive a blacked-out windowed sedan with one hand on the steering wheel while the other hand toys with your piece?
3. First career move
Will you:
a) get up on stage, punch out the singer and take over, telling the band to “try and keep up”?
b) stand around a 44 gallon drum with a fire in it singing with your friends?
c) busk your way from coast to coast?
d) be encouraged by your friends to participate in a contest because you can rhyme “poppin” with “stoppin”?
4. Choice of beverage
Do you drink?
a) beer from a bottle?
b) red wine from a glass?
c) whiskey from a tumbler?
d) Cognac from your bitch`s navel? 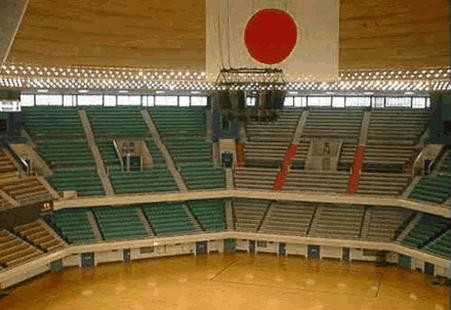 The Budokan – Will you be able to fill it?

5. Choice of idol
Who do you respect?
a) John Lennon – such a waste, he had so much more to give
b) Otis Redding – such a waste, he had so much more to give
c) Hank Williams – such a waste, he had so much more to give
d) Tupac – those damn feds did him in man.  That was some nasty business
6. Ideal residence
a) Apartment in the inner city
b) Little house to spend time with the little woman
c) House with a veranda and a swinging chair
d) A garish mansion with enormous white pillars and dollar sign hedges
7. Authoritarian figure of hate
a) the cops who harass you for carrying a bit of dope
b) your girlfriend’s father who doesn’t trust you
c) the sheriff who used vulgar language in front of your lady
d) George Bush Snr because he brought crack into your ’hood
8. Preferred leisure activity
a) shooting pool
b) shooting a ton of love up a ladyfriend in the long grass
c) shooting cans
d) shooting the shit with homies and rolling fat blunts
9. Choice of bandmates
a) guys who aren’t amazingly talented but have been with you since high school
b) guys who are amazingly talented but who will try to steal your woman
c) all-round easy going guys with a feel for music
d) a bunch of talentless bums standing around saying, “You da dope dude”
10. Choice of underwear
a) sexy boxers
b) say what?
c) white Y-fronts
d) a pair of cool-brand boxers proudly displayed for all to see
11. Hygiene means…
a) a shower and fresh boxers in the morning
b) working up a full body lather during every shower
c) a bath on the back porch at dusk
d) maintaining a healthy sheen with various moisturizing creams and lotions – and wearing a shower cap, otherwise Leroy at the salon with get angry with you
How’d you go?
Mostly A’s – Hey man!  You can turn that blue collar up, tease your cowlick, let those sideburns grow a little and tune up that Telecaster.  Rock and roll man!
Mostly B’s – You are one groovy cat going through condoms (hopefully) like they’re going out of fashion.  You’ve got plenty of soul to share with those ladies.
Mostly C’s – Best you get moving to the County Fair.  The Mayor’s getting ready to fire a shot to signal the start of the evening’s concert.  Go on- those lap steel guitars are ready and waiting for you.  And those girls ain`t going to be 13 forever.
Mostly D’s – Damn you got some poppin rhymes and toastin beats. You’ve got a lot to say about Hurricane Katrina and the Bush family too.  Take your posse and start bustin…man!
Posted in Ben Torbocks | Tagged Budokan, country & western, hip hop, humor, Japan, live at the Budokan, music, quiz, rap music, rock & roll, soul, The Beatles, The Drifters, Tokyo