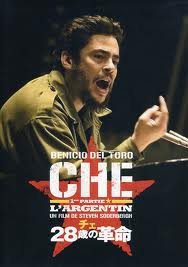 Who do the teachers at Shane English Conversation School’s Shinjuku branch turn to when they have a question about movies?  Who can they trust to give them comprehensive guides to even the most obscure actors?  That would be a 46 year old from Hertfordshire called Charles Miller, aka “Mr Movies”.

“It’s completely understandable that I work at a place which has the same name as the 1953 George Stevens directed Western movie which starred Jack Palance.  That movie is one of my favorites, and I let everyone know about it whenever I get the opportunity,” said Miller as he ate his traditional lunch of cucumber sandwiches.

“Shane” isn’t the only movie that Miller tells people about.  In fact, Miller can usually be found on his breaks cornering colleagues and telling them all about either a recent release or a movie that he saw ages ago.  “One guy used to call me Quentin, because of my encyclopedic knowledge of movies.  Apparently my knowledge level is on par with Quentin Tarantino, who directed “Reservoir Dogs” and “Pulp Fiction”.  And he used to work in a video store.  And he’s a fan of kung foo movies.  And he acts sometimes too.” Miller spoke like this for most of the interview; keen to impart his wisdom beyond expectations.  Indeed, at times I could have left a cardboard cutout of myself opposite him.  Such was Miller’s will to talk about movies ad nauseam.

However, it was when the topic of the “Che Incident” was raised, that Miller became a little flustered.  The “Che Incident” occurred in 2008 when the Spanish language “Che” movies were released.  “Che” was only shown in Tokyo with Japanese subtitles, meaning that loyal cinema patron Miller wasn’t able to comprehend the movie.  For despite having lived in Tokyo for 20 years, his Kindergarten level Japanese reading skills were simply not up to the task.

Miller wasn’t able to understand “Che”, and he therefore couldn’t tell his workmates about the movie.  But  another teacher, Simon Stepney,  did see the movie and could read the Japanese subtitles and did tell everyone about the movie.  And that’s when the sparks flew.  For what had started out as an ordinary day at Shane trying to get a day-in-the-life story of a typical English Teacher, became an unraveling of one man’s extremely sensitive side. 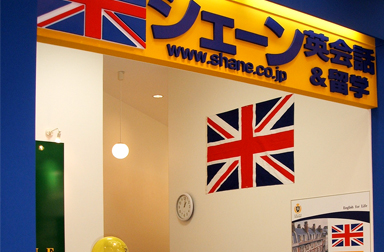 Miller was now red faced and in full flight.  “I don’t know anybody who saw that movie based on Simon’s review.  When I recommend a film  people go and see it, and then they come back and thank me for putting them on to it.  Please… when this guy was talking about the movie I asked him who the director was.  Do you know what?  He couldn’t give me an answer.  I always tell people who the director is and where the movie was filmed too.  If I may borrow a quote from Al Pacino’s Ricky Roma in Glengarry Glenn Ross, he is a f***ing child.  Go ahead – I dare you to print that.”

Miller’s tirade went on for fifteen minutes.  I tried to excuse myself and get away, which I did, but not before Miller cornered me again to rant about how the Jean Luc Godard film, “A Bout de Souffle”, should be only referred to as “Breathless” by native English speakers.