The mosaic shortage is likely to see even more focus on breasts than usual.

“This is unprecedented,” said Todai Migaki of the WMW MWM consulting firm. “What we have here is an industry which is over reliant on one supplier.  And  its typhoon strategy never consisted of anything more than crossing its fingers and hoping. 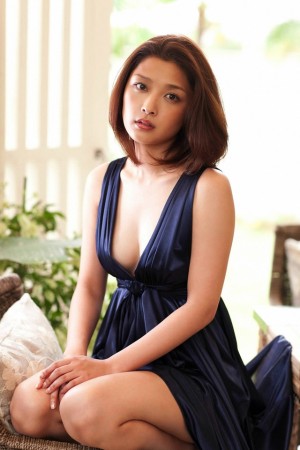 “While the industry won’t be grinding to a halt, it will have to prioritize. Full-nudity gang-bangers will obviously have to be put on ice, and all actresses doing uniform fetish work have been told to keep their kit on for as long as possible. The lesbian kiss genre won’t be affected, so some of the female gang-bangers might be encouraged to broaden their minds in order to pay the rent.”

Some companies have already started to ration their mosaic, with fears that the crisis could last for months.  Options are also limited due to the unique form of Japanese perverted sex customs, which has led to the importation of foreign mosaic being ruled out.

This young lady is actually a newsreader.  She has absolutely no involvement in the AV industry… unfortunately.

It’s not all doom and gloom, as Migaki pointed out, “I’d urge all punters to turn this into an opportunity to try a soft-porn flick, or even get into the 2nd hand shops to buy an oldie from the 90’s. At the end of the day, the AV industry wants to make sure that no semen goes unwanked at any time during this crisis.”