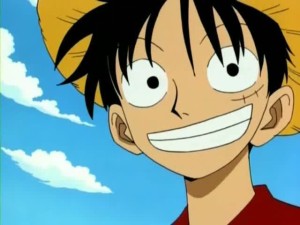 The word is out that American TV executives have been wetting their pants with excitement over the new drama, Central Sports Investigation Agency, which casts a spotlight on the recently established agency of the same name.  It’s been hailed as the new big thing in modern drama, with writers given the heads up to cook up enough material for at least three series. 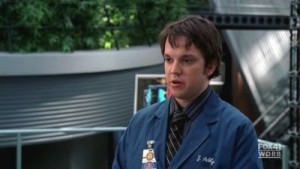 The new lab geek will make Bones’ Zac look like a sociable, everyday kind of guy.

“It’s a new agency, but the show is the same old formula,” explained NABC’s West Coast Vice Regional Marketing Manager, Buddy Connors.  “The show features stories involving things like sports betting, match-fixing, the coveting of teammates’ wives, and doping.  The background connecting thread is the unravelling of the mysterious story of a stolen playbook which may have been used to win the Superbowl in 1974.  It’s basically a plot that we’ve pinched from The Brady Bunch.” 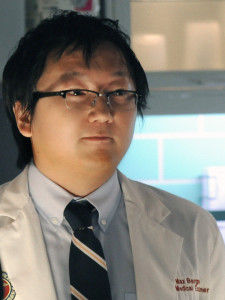 This guy better prepare to be completely outgeeked. Face it – he reads books that don’t feature any illustrations.

Sitting in his plush office, surrounded by numerous two-shots of himself with legends such as Tina Yothers, Max Wright, and Ted Lange, Connors could barely contain himself as he gushed forth about the characters.  “The obligatory quirky character in the lab is a manga loving geek who knows absolutely nothing about sport, which causes all kinds of confusion.  While the tough investigators tell stories about John Elway and Derek Jeter, the geek tells stories about Son Goku and the Monkey D Luffy.  He gets no respect initially, but when his manga-based ideas start contributing to the solving of cases, a rapport develops.  The single women aged 35-49 are going to love it.” 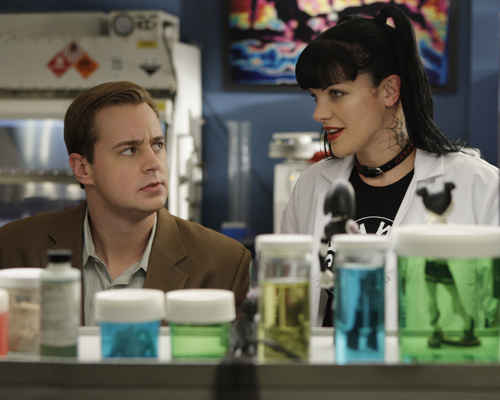 This chick will be referred to as, “The normal one”, after the CSIA geek hits the screens.

Connors went on to stress that, despite the geek character’s love of Japanese culture, there is no truth in the rumour that he’ll be wiping the sweat off his brow with a pair of schoolgirl knickers in every episode.