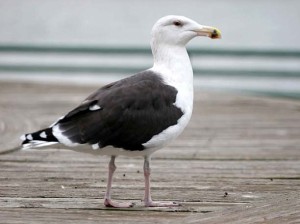 The great black-backed gull native to southern Alaska produces more methane in one year than an infant pig.

It`s a long way from Anchorage to Tokyo, and there are a lot fewer wild animals in Tokyo too.  But that hasn’t stopped rotund and balding 37 year old Paul Johnson getting ahead in an “if those guys from back home could see me now…” kind of way.

Johnson doesn’t really have any fond memories of life back in Alaska.  He worked for the Alaskan Environmental Protection Authority, where his chief responsibility was sucking the farts out of dead seagulls’ bumholes.  It`s believed that Johnson’s conscientiousness resulted in a ton of methane being removed from the atmosphere.

But he found himself overlooked for a well-earned promotion, which would have seen him move on to seals or moose.  “I hated it. My job sucked. My boss was a prick, and my family never really embraced my choice of lifestyle in the way I had hoped.  I had the right qualifications and experience for advancement, but I was constantly overlooked by my dickswinging boss, who got ahead thanks to my stats.” 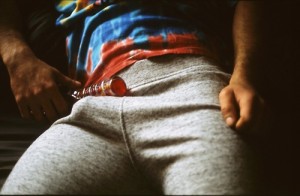 Johnson wasn’t keen on having us publish a photo of his face, but he permitted a shot of his hands and thighs.

Luckily for Paul, he was able to turn his life around by moving to Tokyo 4 years ago.  With the high turnover rate at his company, Paul now finds himself with a bit of power for the first time.  “Look at me now!  I’m manager of an English conversation school in Kokubunji, and I`ve got a dozen young teachers under me.

“Have I brought over baggage from the States?  You bet I have.  This is my turf now, and those recent college graduates know it.  You want a day off to see a band at the Budokan?  Tough.  You want time off so that you can take your parents to Kyoto?  Stiff shit.  You feel a bit off color?  Well… you best finish your schedule, or I’ll dock you a full day`s pay.  And if you`re a handsome young man, I’m going to stand right close to you when you’re sitting down, so that my semi-erect knob is no more than 4 inches from your face.” 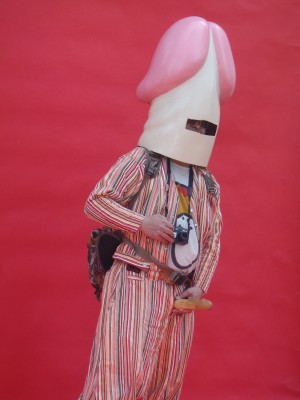 Well… his family name is Johnson.

Johnson does have a non-business side, which he likes to show to his staff by inviting himself along to the izakaya they frequent.  “Some of the newbies have trouble with the Japanese words when ordering and I like to help them out, after I snigger at them first.  Then I like to hold court by going on and on and on about my four Fuji climbing experiences, and all the festivals that I’ve attended.  Finally I’ll bring out the picture of me dancing while wearing the big penis costume at the Fertility Festival.  That’s when I eyeball everyone and deliver my golden line, “Listen up everyone!  There’s only one swinging dick in the hallways at Union English Academy in Kokubunji, and it belongs to me.”  ”