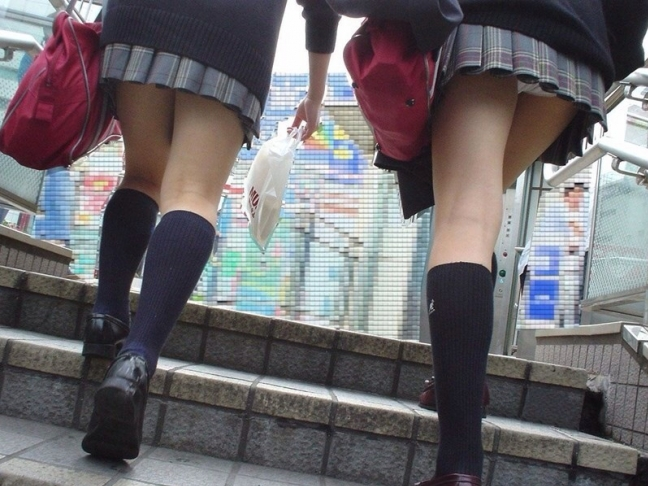 Teenage schoolgirls like these can often find themselves being targeted by used-panty fetishists, and opportunist upskirt photographers.

Despite an aversion to uncleanliness which would put microbephobic Howard Hughes to shame, 46 year old radio broadcast archivist, Kazuhito Endo, has managed to collect 100 pairs of used panties worn by schoolgirls.  He reached this special milestone last month thanks to an enterprising 18 year old from Aichi whom he met in an apparently unmonitored internet chat room. 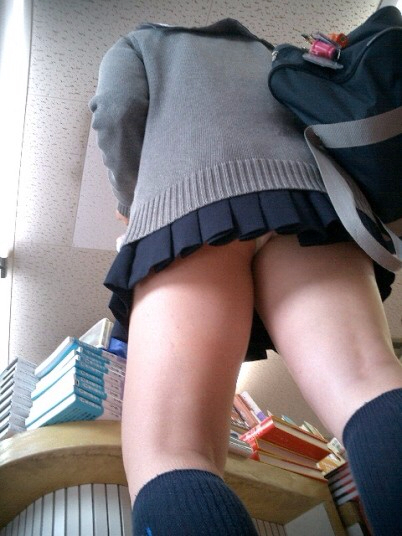 These panties could easily be turned into a fistful of yen, if she’s from the right prefecture!

While quietly proud of notching up the big 100, Endo laments that he’s been unable to complete his All-Japan collection.  Since panties from Tottori, Shimane and Akita have so far proved elusive, Endo is yet to tick off all 47 prefectures from his list (although the 23 wards of Tokyo are all accounted for).  It’s through this article that Endo hopes to reach out to girls in those regions.  Says Endo, “The average age in those regions is much higher than the national average, so it’s only natural that schoolgirl panties are much harder to come by there.  Some towns have barely any schoolgirls, a fact reflected in market prices for panties from certain areas.”

Underage ladies out to make a quick and easy profit may contact Endo via facebook, or drop us a line here at The Japan Wanko.  But suppliers are urged by Endo to remember his golden rule, “Clean.  Make sure they’re clean.  I can’t stand the smell of pussy.  The scent of a just ripened teenager’s vagina sickens me.”