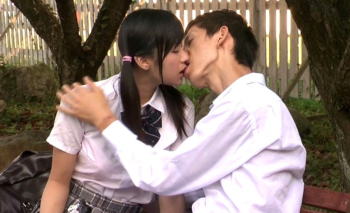 Schoolgirl action – but it comes at a price at these establishments

The so-called schoolgirl café area in Ikebukuro has prospered in the shadows for years.  Run by amoral businessmen, these establishments often straddle the thin line of the law, employing females below the age of 20 to entice randy punters through the doors.  Japan Wanko journalist Wilhelm Stefans figured it was time for someone to call time on these establishments. 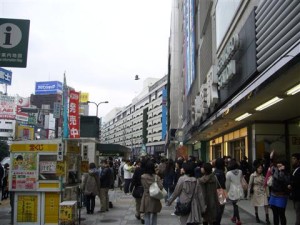 Said Stefans, “I had assumed that it wouldn’t be easy to get the girls to open up to me, and this assumption turned out to be correct.”  Repeated visits to the establishments consisted of little more than Stefans playing the part of a customer, which meant drinking oolong tea and ogling the girls.  He would then choose the most attractive one and indulge in sex sessions with her shortly after. 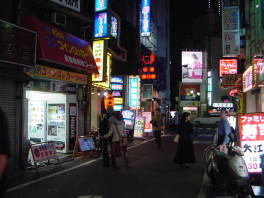 Quiet streets at night, because the punters are getting busy inside

Stefans became a regular customer for the sole purpose of gaining the trust of the girls.  That Stefans was prepared to get down to business with an 18 year old showed his commitment to seeing the exposé through to a successful prosecution.  Said Stefans,  “The girls have been put in vunerable positions.  They’ve been humiliated, forced to get naked so many times.  So I make sure that they keep their school uniforms on throughout.”  It is during the post-passion pillow talk that most people let their guard down, and it this was all part of Stefans’ modus operandi. 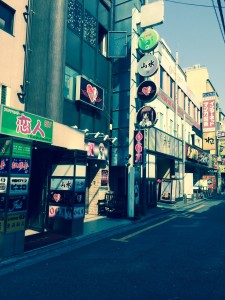 A cafe like this can be a beacon to cashed up fetish enthusiasts looking to satisy their perversions.

But Stefans was to run into a wall of silence when the orgasms, faked or otherwise, died down.  To his surprise, nobody was willing to cooperate with him.  “I was unable to convince anybody to talk to me.  My questions were either met with indifference, or I encountered disbelief when I revealed my occupation.  One young lady, sailor uniform-clad Ikuko, told me, “Oh, you’re a journalist, are you?  And that’s the only reason you’re here?  Right!  I understand!  You’re not like all the others, huh?  That`s why you just performed cunnilingus on me and drove me to an incredible climax that I`ve never experienced.  I get it now!  That was your strategy for this investigation?  So will you be writing your article now, or will you be coming back next week to continue your research?” ” 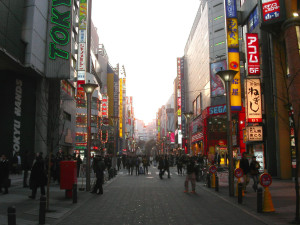 Sunshine Street – aka The Gateway to the Schoolgirl Strip

Stefans headed home on that occasion still without a source.  He’s continuing to frequent the establishment in the hope of getting someone to go public with the truth.  To his frustration, all of his interviewees have remained tight-lipped.

So… will he ever throw in the towel?  Stefans says that eventually he may have to, but not before he`s become acquainted with every sex-worker and given them all a chance to speak out.