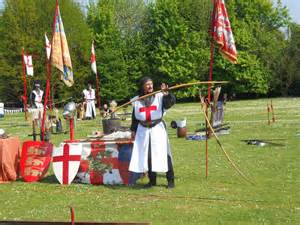 Mail on Sunday: English soldiers in ye olde battle dress were the centre of attention, until the bar opened and the lager frenzy began.

Yoyogi Park became the park of hope and glory on the weekend, transforming into a delightful village green for the English Festival.  The organizers had been hoping to attract more than 10,000 people, simply because that was the estimated attendance at the French Festival.  In the end, that target was passed easily, resulting in a little less whining and huge levels of smugness. 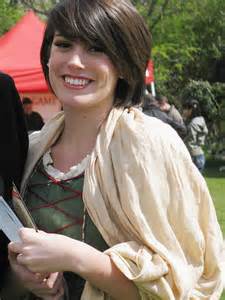 A rare sight at the festival – a beautiful white woman.

One of the big drawcards of the festival was the typical gentleman’s club, Harpo’s, where festival goers could participate in conversations such as driving pheasants across flat country, Yorkshire rambling experiences, and the best techniques for buggering junior boarders.   “I was certainly more than slightly taken aback when the gentlemen started talking about coerced sex among public schoolboys,” explained 32 year old Anglophile, Takashi Hashimoto,  “so I was quite relieved when the conversation turned to the more wholesome topic of first masturbatory experiences over Helen Mirren.” 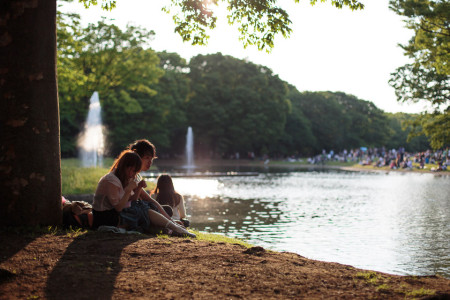 Ferry across the Mersey?  Far from it!  This couple walked around the pond to find a little bit of peace and tranquility at the hugely popular English Festival.

Adding to the flavor of the weekend, young students from the English International School dressed up as ragamuffins and cheekily picked the pockets of unsuspecting revelers.  Many people targeted by the artful dodgers were unaware that their valuables had ended up in the hands of the otherwise model schoolboys.  It was all done in the spirit of the festival though, and in most cases wallets, mobile phones and purses were quickly returned to their owners. 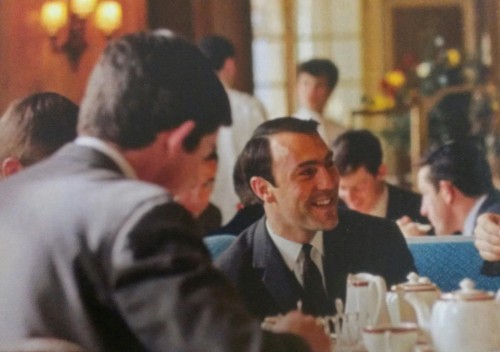 “… and then the American said to the German…” Jokes all round at Harpo’s. 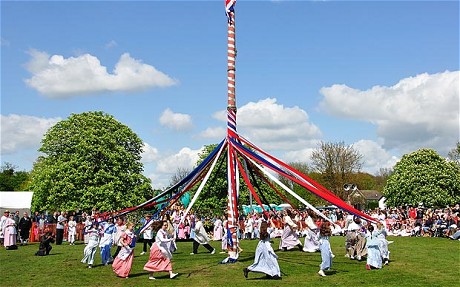 At times the festival threatened to go completely over the top.

For the stingy, the disabled toilets offered the same carry-on for free, but not everyone was left completely satisfied.  28 year old Shikeko Kanto had spent all week diddling herself whilst fantasizing about impaling herself on a phallus anglais.  “I met a 47 year old white guy who understood my impetuous nature.  We went straight into the toilets where he kept me waiting while he put on all his leather fetish gear.  He came prepared with his dog collar, scrotum pouch, face mask and shorts.  Finally, when he was ready for action, he insisted that I put on a Queens Park Rangers shirt.” 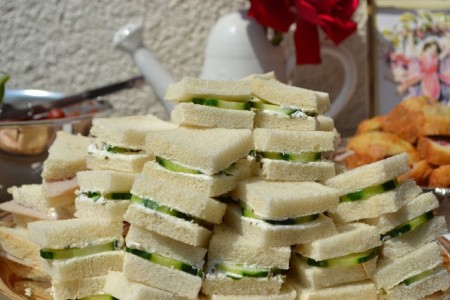 Contrary to popular belief, rather than the careful insertion of a plum into the bumhole, it’s the regular consumption of cucumber sandwiches that leads to the developing of a posh, highbrow accent.

The insatiable Kanto went back for second helpings.  This time with a west country farmer who asked her to put on some wellington boots.  Said Kanto, “I kind of understood it when my former boyfriend from Christchurch got all hot and sweaty when I wore my ugg boots.  That I could get.  But these wellington boots were still smudged with mud and sheep shit.  At least there were no football shirts involved this time.  This weirdo farmer seemed to be happy because of my tweed patterned skirt.” 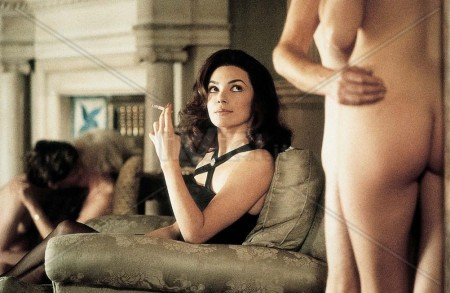 Chief Festival Organizer, Rupert Turnham-Green, remarked that the festival had been a “smashing” success,  “I think that our decision not to participate in Eurofest 2014 has been proved thoroughly correct.  Our knockers claimed that we were isolating ourselves.  Well, look around you.  We’ve got people queuing up to learn about all the quintessential English things.  We’ve got people lined up to learn how to put fish fingers in the microwave, there are loads of people learning how to boil water to make a cup of tea, and there’s even a queue at the workshop for delicate bum-wiping after a big evening at the Indian restaurant. ” 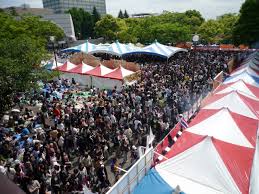 A sign of the times: the tents run by colonial immigration authorities proved a big hit at the festival.

All in all, the festival was indeed a smashing success. On an added note, it was very sporting to see the sanctioning of tents for the immigration departments from Australia, Canada, and New Zealand.  The sight of the colonial workers being overwhelmed for much of the weekend showed that festival organizers have their fingers well and truly on the pulse of modern England.