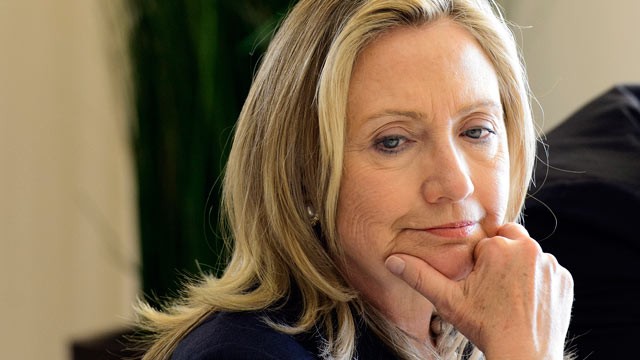 Tokyo has found itself centre stage for the latest amazing Wikileaks revelations which were published online over the weekend.  According to the website, then Secretary of State Hilary Clinton spent her final night of her 2009 Japan trip dining with US consulate female staff members complaining about how wrong it is that western men in Japan have it easy, and how much Japan sucks.

The news of Bill’s wife’s less than enjoyable last night in Tokyo has surfaced following a leak from an anonymous Secret Service officer.  It appears that Ms Clinton, while not looking for a discreet sexual encounter, was nevertheless hoping to be wined and dined on a Monday night by “somebody of standing”.  Apparently former Olympus boss Michael Woodword, Nissan President Carlos Ghosn, and top diplomat Christopher Hill were Ms Clinton’s choice of candidates. 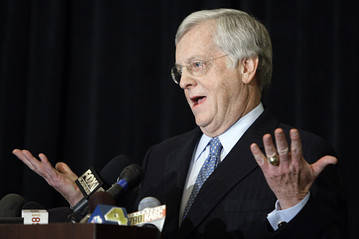 Schieffer explaining away another GI mess in Okinawa

But Monday night is traditionally date night in Tokyo for married men.  After the weekend with the family, many Tokyo men rush to spend the evening with their special female acquaintances.   The apologies came in one after another, leaving a bemused and annoyed Ms Clinton to pull rank and demand that the US Ambassador to Japan join her for dinner.

It turned out that Ambassador Schieffer was also hoping to spend time with his lady friend, in this case one of his former interpreters.  Therefore, after sitting down, sipping water and discussing US policy in the region, the rise of China, and whether America’s best friend in the region was Japan or South Korea,  Schieffer sent himself a blank text message and tried to look concerned upon receiving it a few seconds later.  Quickly rising from his chair, Schieffer muttered his apologies and vaguely mentioned an urgent matter involving a drunk marine in Okinawa.  Not content with his explanation, an exasperated Clinton then demanded to know more.  Schieffer replied that he was setting out to contain the situation, adding, “It’s too complicated to go into right now.”  Clinton, her BS radar humming, called out to a departing Schieffer, “I’m Secretary Of State, Tom…  I’ll have your balls.”

Clinton then found herself left in the company of Schieffer’s two female staffers, who had also been press-ganged into attending.  The staffers found themselves in the role of passive communicators, forced to listen to Clinton venting at the end of a demanding tour.  Most direct quotations from the rant can’t be printed as Clinton used short words not suitable for a family website, however two sentences were salvageable; “None of those guys are good looking.  Those floozies only want them for language practice.”

Records show that on the night in question all the Okinawan bases were in lock down following an alcohol-fueled brawl in Naha the previous week.  Schieffer, despite an excellent record as ambassador, was relieved of his duties and replaced by John Roos shortly after Clinton arrived back in Washington.

Although missing his days in Japan, Schieffer is now kept busy in Washington in his role of managing the carpark used by congressmen and women.