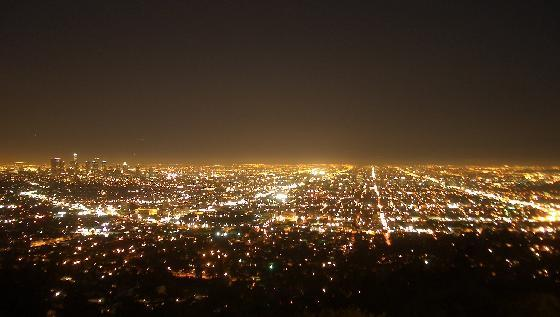 Darkness masks the organized crime which has permeated throughout Los Angeles

It may come as a surprise to some, but one of the leading experts on American organized crime is Hisashi Matsuo, a Japanese journalist who only moved to America recently after being fired by his Tokyo news agency for having “Walter Mitty tendencies”.

Matsuo grew up in a tower block in Ibaraki, learnt English by watching gangster movies, and currently lives in Los Angeles where he works as an investigative journalist.  He’s in his early 40’s, and he wears stylish suits and garishly displayed necklaces and rings, and he lights his cigarettes with a military service issue lighter, which he dramatically shields with his hands when lighting up.  He employs a bodyguard who doubles as a chauffeur, an ex-gangster with a nose which has been broken over a dozen times.  Matsuo says that he requires the services of a bodyguard/driver due to several threats that he has received over the years, and also because driving in LA is a little bit scary.

While Police have refused to talk about the threats, Matsuo has no doubts over who is making them.  “I’ve been here for a couple of years and I know that I’ve stepped on a lot of toes.  Every month I’m meeting shadowy informants in back alleys, taking hookers out for warm breakfasts, and rummaging through trash cans.  The information that I gather is enough to shock America out of its white picket, Beach Boys and Happy Days lifestyle.  Apparently not everyone wants this information to get out there.”

In his barely promoted debut book, “Wise Up”, which was published last year, Matsuo revealed shocking details about a well-established organized crime syndicate.  Matsuo wrote extensively about the syndicate, which local police refer to as “The Mafia”.  Sales figures reflected the slack promotion, but the few readers were stunned to learn that:

* Both John F Kennedy and Bobby Kennedy had sexual relationships with Marilyn Monroe, whose other lover and/or lover’s secretary or secretary’s lover’s milkman had either strong ties, or actually belonged, to the Mafia 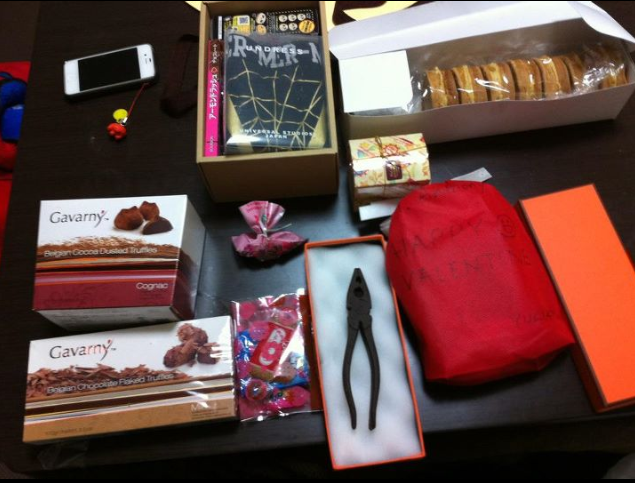 A romantic Valentine’s gift? Hardly – note the pliers in the foreground

Matsuo explained that the poor promotion of the book was due to pressure placed on his publisher by “dark elements”.  “They wanted it to fail,” explained Matsuo.  “The last thing these guys wanted was a runaway best-seller which would have forced the authorities to act.  Thanks to the book being all but buried, there will be no outcry, for the time being anyway.”

Matsuo’s driver, Domenic Pittorini, himself a former Mafia runner now living life on the lam on the West Coast, said he still can’t believe the audacity shown by Matsuo.  “He’s willing to go to places and ask questions that other reporters won’t touch.  Few people want to talk about the Mafia. Well…except for those middle-aged provincial pedants who actually think that they are the only ones to have read a book on the subject.”

Pittorini went on to explain just how much effect the deep long-term investigative work has had on Matsuo.  “He even talks like one of them now.  He’s always using terms like “whack”, “ice”, “piece” and “skim”.  Nobody outside the mafia ever uses these words.”

All up I managed to spend one week with Matsuo and Pittorini, who treated me to a tour of the places in and around Los Angeles which they frequent.  I was taken to pool halls filled with surly looking characters, rear rooms of restaurants in Chinatown, and isolated carparks overlooking the city.  I was also given a glimpse of Matsuo’s Valentine’s Day present, containing a warning in the form of a pair of pliers. 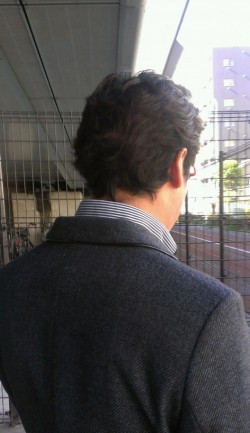 Matsuo is immersed in LA’s underworld

On my last night in LA, we met at a downtown jazz club.  Matsuo had promised to take me on a tour of the smoky dens that he frequented, but he apologized before explaining that he would have to go and meet a new source at an isolated cement factory located next to the river.  His source had stumbled upon a rumor of Mafia involvement in a local dockside workers union.  “It sounds absolutely ludicrous, but who knows, there might be a story,” said Matsuo.  “No jazz for us investigative journalists.”

No jazz indeed.  Or glory.  Or respect.  He was just a guy from Ibaraki with a ton of courage, chasing stories that might just one day force America to acknowledge the existence of organized crime in its society.