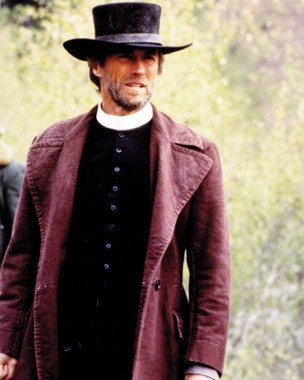 The right profile: This is how every fake priest in Japan likes to see himself.

“It’s the only place where I know 100% that my wife won’t stick her nose,” explains the agnostic French. “She thinks it`s weird that I go out and do something that I don`t seriously believe in, so she keeps that at arms length. Although funnily enough, she doesn`t keep the money that I earn at arms length.

“I got rid of most of my stash when we moved recently. I dumped it into a trash can outside a convenience store at 7:00 am one morning. And I`ve gotta say – it made a hell of a clang when I dropped it in. Anyway, I couldn’t part with one of the DVD’s, so I made sure to give a snug hiding place.” 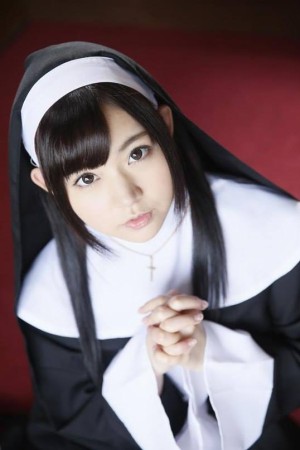 A choir girl’s strong lung muscles and circular breathing skills can make her much sought after.

French doesn’t always turn to his favorite DVD when he wants to crank one out. His memory swank is kept well stocked with keen observations of the choir girls with whom he works. “I have a role to fill when I work as a priest, so I can`t just brazenly crack on to the girls. Instead, I have to be patient and work on my extra-marital relationships. Trust is an important part of what I do. I have to earn the girls’ trust before I can take advantage of it. But there’s no harm in having a reality wank in the meantime.

“I know that the grooms’ yankee mates aren’t getting any trim, and half the time they turn up drunk to the ceremony. So it’s often down to me to give the brides’ friends the attention that they deserve. They put a lot of care into their appearance, and some of them look sexy as hell. But at the end of the day, I’m a team player, and intra-company affairs have always been my forte.”

Obviously, French doesn`t necessarily represent his whole industry, but that shouldn`t stop you from asking yourself when you next spot a fake priest on his way to a weekend wedding gig, “What the hell kind of perverted stuff is he carrying in his backpack? And how often does he flog off over the choir girls with whom he performs?”