Part 1 in our foreigner in Japan series.  Get to know your fellow gaijin.  You never know – they could be just as cool as you!

San Jose native Stephen Bolton laughs when asked whether he lives life 24/7 in high-tech mode, “A lot of people make the same assumption!  They think I must be right up with all the latest developments in computers.  I mean,  sure,  I work at GABA, a place well known to have integrated the latest technology to make teaching and learning English easier, and I grew up amongst the burgeoning dot com empires in Silicon Valley.  But when I leave my learning studio at the end of the evening, that`s where my time with technology ends.” 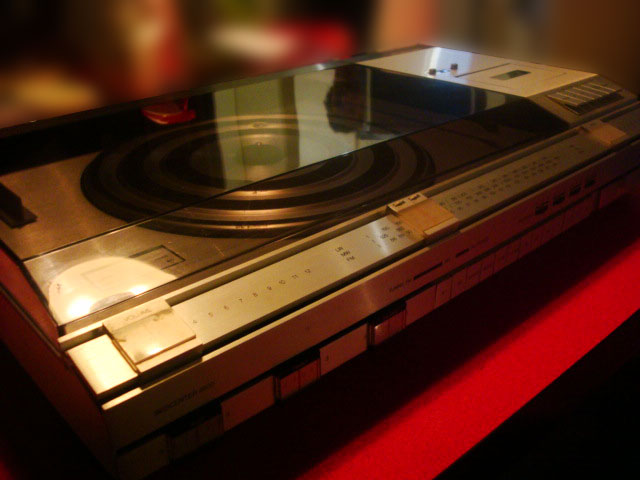 Camera-shy Stephen insisted that I photograph his 1978 Marantz 3-in-1 Bang & Olufsen, Beocentre 4600

Rather than making adjustments to his Facebook page, or linking up with his friends to play strategy games via the web, Stephen prefers to select a slice of vinyl from his record collection and settle down to some groovy tunes.  Whilst his workmates are downloading, Stephen is cleaning the accumulated dust away from the needle of his turntable.  “In winter I like nothing more than to heat up some sake on my gas-stove and listen to old records that I find in funky shops in West Shinjuku.  I rarely use the internet.”  The 27 year-old GABA employee explains.

“It’s funny.  In my family my mother is the one who likes playing solitaire on the computer.  I stick with the traditional deck of cards on the kitchen table… because I seldom use a computer.”  But what about watching American Football, which is listed on the Instructor Board as one of his hobbies?  Surely he uses the internet for that?  “Actually, my father records the games on video and sends them to me through the post.  I avoid reading and hearing the results so I can watch the game quasi-live one week after the game’s been played.”  Well then what about movies?  “No illegal downloads for me.  There’s just something about the dark cinema and the smell of popcorn that gets me.  The same goes with porn – just give me a filthy little joint where I can be in the company of weirdos.”

Watching Stephen in his kitchen, his white Y-fronts visible on the clothes line in the next room, he presents a slightly eccentric figure as he brews fresh tea for the two of us.  “The best tea in the world is from Ceylon (sic) and I always have a stockpile no matter where I am.  A morning without it would simply be uncivilized.”  As we enjoy a cuppa Stephen regales stories of misunderstandings due to his background and place of employment.  “I meet people at parties and it’s like, “Oh – you work for GABA and you’re from San Jose.  Actually, I’m having a little problem with my computer at the moment…”  I’ve lost count of the number of times that I’ve explained that, although I’m experienced with our innovative web-based learning strategy, I can’t fix a hard-drive…and I avoid using computers.”

Indeed, from the piles of books (“purchased at a 2nd hand shop in Takadanobaba”) and hand-written letters (“the scent of perfume doesn`t come through on e-mail”) lying around his apartment, it seems Stephen has eschewed many modern conveniences that many of his workmates couldn’t live without.  He does, however, admit to utilizing GABA’s database to check his schedule on his mobile phone. 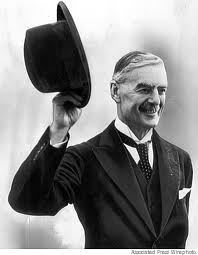 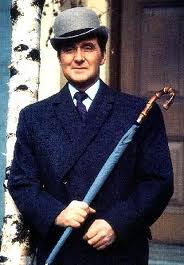 As for Stephen’s future at Shibuya GABA, the outlook is very positive according to Head Instructor, Colin Rogerson.  “Students come away (from his lessons) with vocab such as “7 inch single”, “extended player” and “revolutions per minute”.  He even spends time talking about his fashion role models such as Neville Chamberlain and Patrick Macnee.  I’ve got no problem with that.  He can go far as a partner here, just as long as he doesn`t wear that damn cravat again.”

Meanwhile, Stephen’s looking for friends around Tokyo via the Metropolis magazine`s personal column.  Like-minded people are sought to “chat over a hot sake or two – as long as it hasn’t been heated in the microwave!”