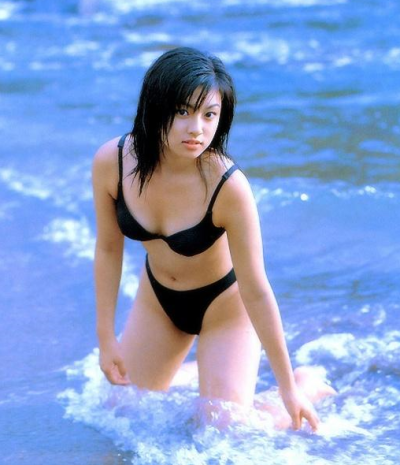 Many artists with long careers will inevitably hear the cry, “I like your old stuff better than your new stuff.”   Singers, writers, film directors, painters and poets alike will often do their utmost to grow and develop, only to have their latest work met with indifference.

Naturally, it can happen to young actresses too, just as 28 year old Kyoko Fukada is finding out. For it seems that no matter what kind of exciting new photo shoot Fukada embarks on, fan reaction turns out to be lukewarm. This problem has been brought to light now that, for the first time, concrete evidence has been made available showing fans’ preferences among Fukada’s online pictures.

Using a program developed by boffins at the Ushikome Institute of Technology, researchers have been able to study webpage user activity over a period of twelve consecutive months. The researchers were able to collate statistics on pictures which were either enlarged from thumbnail size, or downloaded, by users. 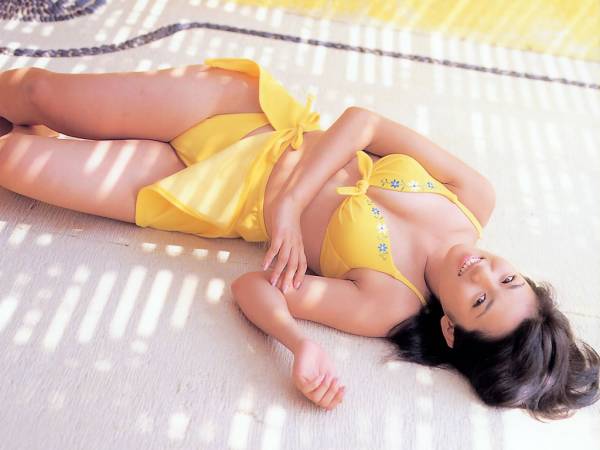 Researchers focused their attention not only on Fukada, but also on websites featuring Naomi Zaizen, Kyoka Suzuki, Ryoko Shinohara, and Norika Fujiwara. Whilst data for the four other actresses showed that photos from their younger days were also most popular, there were no surprises given their mature ages. Interestingly, 43 year old Suzuki actually bucked trends by attracting healthy numbers for her recent output. For the still youthful Fukada, however, numbers were concentrated extremely highly on her pre-adulthood portfolio.

The results confirmed what one of Fukada`s personal assistants, Tatsu Haraga, had feared. Photographs of Fukada taken as far back as 1997 and 1998 have been found to be the most popular pictures of the actress on the internet.

“It upsets me, so therefore it naturally must upset her too. Because I know her better than she knows herself,” said Haraga whilst standing near the set of Fukada`s new drama. “Think about it; she’s made enormous sacrifices. How would you like to live on a diet of cruskit and lettuce sandwiches, celery, buckwheat noodles and barley tea for three months at a stretch. Kyoko must do this prior to every photo shoot and TV series. On top of that, she has to sneak into the 24 hour gym at 2:00am to avoid unwanted attention.”

In what some observers describe as an attempt to cultivate a more sophisticated image, Fukada has spent the past decade shooting calendars and photo albums in places like Vienna, Lisbon and Venice. The fans, however, seem to be content with the more traditional gravia photos of a teenage Fukada wearing her school uniform or a bikini.
Lamented Haraga, “Kyoko has tried to take fans on a cultural journey. She’s doing her best to help broaden their horizons. But when you look at the data for  downloaded pictures, well… look at the figures – 91% of her downloaded photos are from her teenage years.  It looks like her fans are a bunch of perverts. The thing that gets me is that Kyoko is very much in her prime right now. She`s a very beautiful woman. It’s not as if she`s entering her wrinkly phase like Liz Hurley, Hal Berry and Nicole Kidman. I guess we’ll have to sit down and work out a long term strategy. Obviously we’ll have to be careful. I mean, Kyoko is a class act. She’s a serious actress. What do the fans want her to do, flash a nipple or French-kiss another woman or something? Well, we’re not going down that road. Well… at least not for some time anyway.” 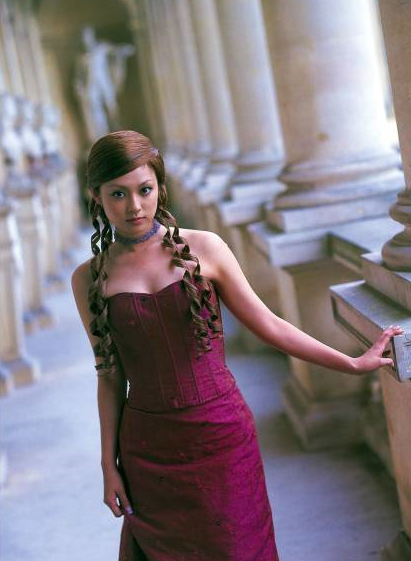 Haraga also wanted to assure fans that Fukada’s recent photos were just as stimulating as her early shots. “There’s absolutely nothing wrong with the Venice photos. They’re very sexy, just in a more mature way. One of my best friends called me this morning to say that he had spent ten minutes viewing those photos yesterday when his wife was out of the house. He said that he was able to really appreciate the artistic nature of the photos.”

Interest in Fukada’s current output last peaked four years ago when promotion shots for a drama were released. True to form, Fukada was playing the role of – that’s right – a high school student!

According to Haraga, Fukada is planning a safari photo-shoot in Africa in the near future. We’ve been told to expect breathtaking pictures of Fukada dressed in khaki, holding a rifle, and standing in close proximity to some wild animals. But the message from the fans seems to be: forget the exotic locations, stay in Japan, and put that ol’ bikini back on.