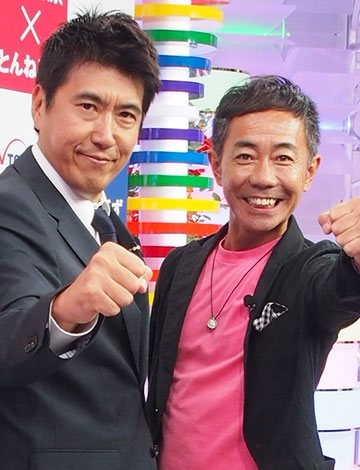 Tunnels – pie in the face anyone?

Tokyo based comedy duo Tunnels can now claim to be the undisputed masters of tired old jokes after taking out the Seriously Lame Comedy Award for the third year running. This year’s field was perhaps the most competitive ever, as just about every comedy act in Japan was considered a possible winner. Takaaki Ishibashi (the tall one) and the other guy (the one who isn’t Ishibashi) were all smiles on receiving the award.

It is believed that the pair’s excrementally bad New Year specials, featuring sports stars being forced to participate in increasingly unfunny games, pivoted them into an unassailable lead. Rivals have complained that it was hard to compete with Tunnels, given that the duo had a two hour program in which to showcase their lack of creativity, “We get squeezed into a 10 minute slot where we call each other idiots and smack each other over the head,” explained Backdoormen’s Tadashi Kurokawa. “You may have seen our act – we only have one – on TV in Akita or Aomori. It’s hard to compete with guys who not only get much more time, but are also broadcast to vast numbers of inebriated people.” 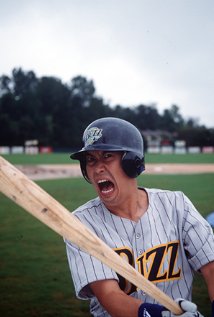 Tunnels have found that a large part of their fan-base is among people possessing the most basic sense of humor, as well as people with too much time on their hands. Beginning their careers in 1980, they have enjoyed success over a long period, although the success has been barely deserved.

Keyprops proprietor, Hirofumi Toridani, whose company manufactures and sells oversize tennis racquets, novelty shoes, large joke wigs, as well as other props that quality entertainers shouldn’t have to rely on, offered his views on the pair. “I would count them among my best customers. They often ask for custom designed goods too. I’ll never forget the time they described one particular prop to me. On realizing what they wanted, I told them that they were after a prop that hadn’t been used in comedy since 1967. I tried to dissuade them, but they insisted on getting it.”

The pair also received a book award last year for their handbook on the secret of their success, “How to consistently show contempt for the viewing public and make money”.