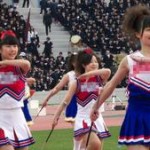 For most working men the sight of a cute young lady on the train will elicit a look of approval,  or a longer gaze in the hope of some eye contact,  or even a natural scan into the memory bank for masturbatory purposes later that evening.  But for a small minority of men, the sight of a young woman wearing an above-the-knee skirt and CFM boots will provoke fantasies that they seem compelled to play out with little hesitation.  For years Tokyo’s young women have gone about their business knowing that they could be a target for these men,  known as chikan,  or sexual pervert/molester,  at any time.  A chikan attack often psychologically affects women for years, and the fear of an unsympathetic police interrogation often results in an attack going unreported with no counseling being provided for the victim.

An image of purity, but that’s what drives the helpless perverts to commit vile sex crimes.

For the chikan, however,  help is now close at hand thanks to recent research conducted by leading expert in the field of sexual perversion,  Dr Herman Von Hecker.  For the past 2 years Dr Von Hecker has interviewed sexual perverts of all ages and socio-economic backgrounds in order to cast some light on what drives men to risk it all for that little bit of enjoyment.  “I started out just by spending time with people who indulged in fetish activities on weekends.  Here we are talking about your average cosplay enthusiasts who think it perfectly natural to wear nurse uniforms around their apartments.  From here I was able to move onto the so-called upskirt photographers who ply their trade on the escalators of the numerous subway stations in Tokyo.  For the last stage of my research, I was given access to some chikan who are serving time after being caught with their hands in the proverbial cookie jar.” 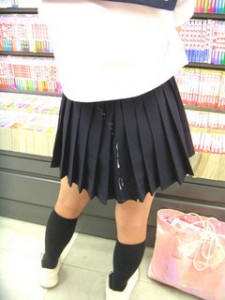 A vulnerable target: the person who did this needs help

After collating information from hundreds of interviews,  Dr Von Hecker was then able to come to some surprisingly quick conclusions.  “It seemed that, when I began graphing the data,  there was a line being drawn.  Patterns began to emerge showing a direct correlation between the fantasy and the somewhat instinctive desire to see some…what term do you English use… “panty action”.”  The Doctor explained as he gestured with quotation marks.  “I began to see that the chikan could not see the victims as anything other than a smoldering object of lust.” 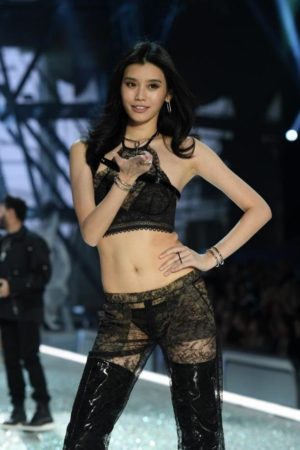 This sexy model would be fine on the train, with her bold fashion sense intimidating, rather than attracting, would-be predators.

It was through the charting and graphing of the data that the behavioural patterns of the chikan could be seen.  Be it the buttock groper, or the spermatozen dobber, the chikan mind was beginning to become unraveled – and that’s when Von Hecker came across his theory for dealing with the seemingly uncontrollable desire to ravage a pert breasted honey in a micro-mini.  “It all comes down to allowing oneself to understand what the young woman is thinking about.  Most women are simply thinking about whether strawberry icecream is better than chocolate icecream, or if they should buy pink fluffy bunny slippers or mickey mouse slippers.  Likewise, the would-be chikan needs to picture the woman doing something completely unrelated to sex.  For example, a chikan could picture the woman – not wearing a tight black skirt,  but rather a cheerleading outfit.  Or a woman drinking water from a bottle could be pictured sucking on a soft juicy peach.” 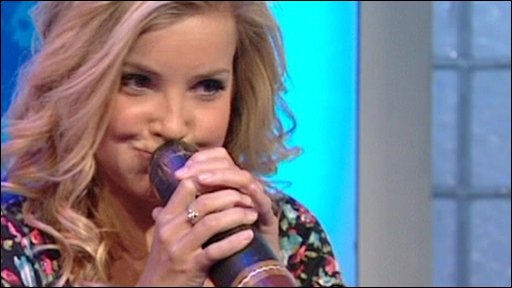 Von Hecker also urged men to fall back on images which they would feel comfortable with.  “As a German, in my homeland I have encouraged some of my subjects to imagine the woman slowly working her way through a spicy bratwurst.  Australian men could perhaps picture the saucy babe practicing her circular breathing with a didgeridoo.  Men from the Phillipines could think about the girl wearing a maid outfit and polishing a rich man’s dining table.  Once again – these examples work because they are completely harmless.” 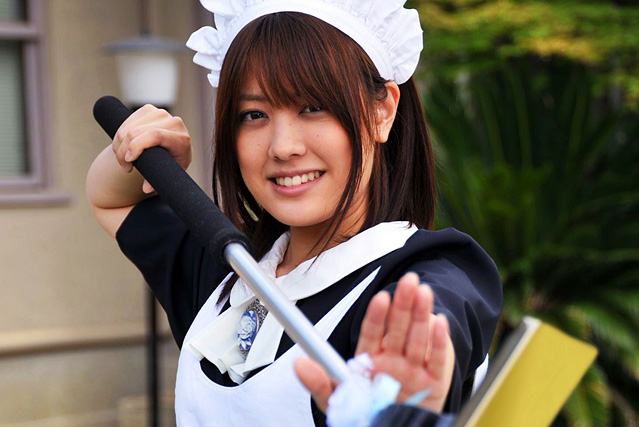 Government officials, all out of ideas on how to stem the tide of molesters, responded enthusiastically to Von Hecker`s findings.  A spokesman announced that a campaign would be devised immediately, featuring a leading young starlet posing in her school uniform whilst eating a cucumber.