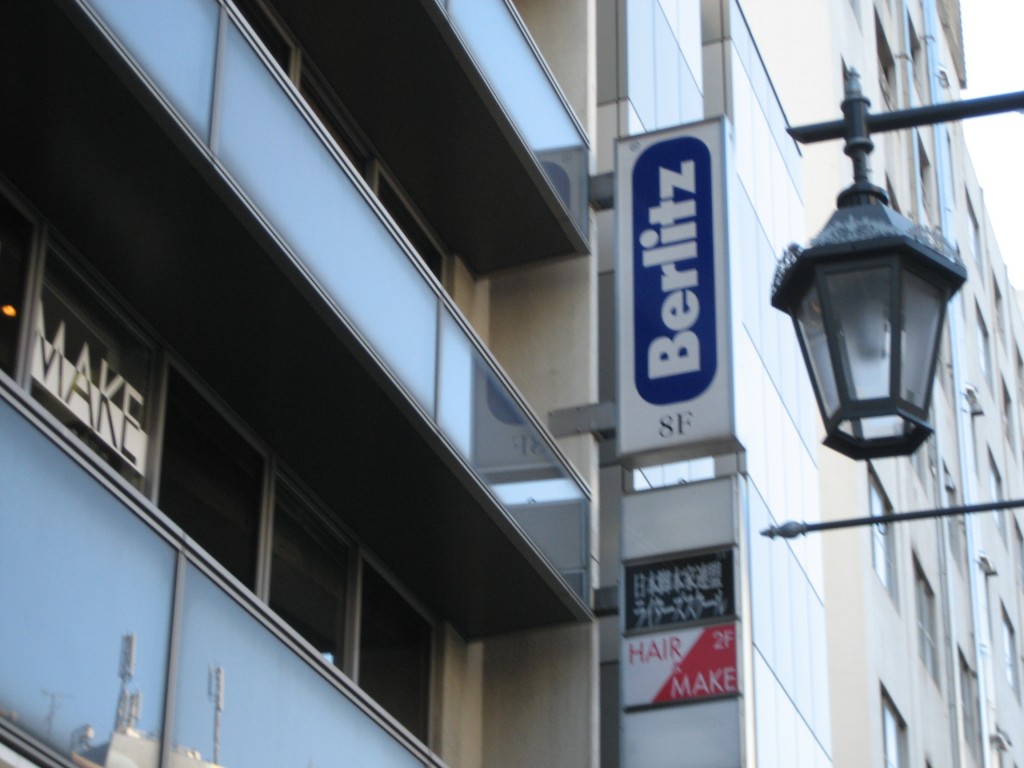 No streetlamp required: The glow from the Teachers Lounge truly lights the way

Bucking recent trends in the eikaiwa industry, 2011 saw a huge rise in quirkiness levels at Berlitz`s Shibuya Language Centre.  The news came amid growing concerns over signs of quirkiness falling dramatically at language centers across the Kanto area.  The positive showing is, however, particularly comforting to Shibuya stalwarts who had previously feared that levels of quirkiness had suffered an irremediable decline.  Says 34 year old instructor Eric Haydock, “We had a couple of our more high spirited chaps head back home two years ago which really affected the general vibe of the school.  The dominant voices in the teachers room became the Newsweek reading lifers – rabbiting on about Obama and Israel.”

The days when a right-wing politician’s face was likely to be sneakily stuck on the union representative`s locker, or when a dodgy 80`s pop song could be sung spontaneously by teachers, were assumed to be over.  Even the mimicking of a character from the textbook, once considered slightly edgy and guaranteed to attract a bout of one-upmanship, had also become unfashionable.  It wasn’t until the cool response to Zany Tie Day, however, that self-described hip teachers became alarmed at the lack of quirkiness.  “I remember one day when I walked into the teachers room, and there were two teachers having an in-depth discussion about the kanji characters for “wait”, “carry” and “especially” ”, explained 32 year old instructor Don Rathbone. “We were really going down the road to Geeksville.”

It took the 29 year old instructor Tony Hicks’s trip to Thailand to turn things around.  It seems Tony arrived back in Tokyo tanned and straight-faced, only to experience blanket indifference with regard to his photographs of temples.  “I came back to a chorus of questions such as, “Did you bring back any unwanted souvenirs?” and “Did your night-companion come with a built-in marital aid?”  I guess you could call it light sexual harassment, but that kind of humor was a breath of fresh air for the teachers.”  Jokes about Hicks’s trip became a harbinger for days when the teachers room became seemingly awashed in all things wacky.  “After Tony’s trip it wasn’t long before someone had doctored group photographs with the faces of (former) Prime Minister Kan and Governor Ishikawa.  Then someone added a post-it note, with a bubble quote, to a picture of Erika Sawajiri so it looked like she was declaring her love for one of the guys.  Crazy stuff like that started happening all over the place,” said Haydock.

The change in atmosphere didn’t go unnoticed as visiting teachers found they had to adjust to the increasingly frequent sets of quirky waves.  Ron Richards, from the Shinagawa branch school, recounted enthusiastically, “Man… I just wish I had taken my camera there last week.  I’m telling you – I could have filmed gold there during any one of the lesson breaks that I experienced.  Those guys were breaking out lines from Seinfeld, Pulp Fiction and My Cousin Vinny.  Hell – there was even a bit of Top Gun thrown into the mix.  That stuff was so funny.  I could get a million hits with that stuff on youtube.  It was so funny I forgot about filling in my student’s file.”  The Shinjuku branch’s Allan Clarke added, “One of the young teachers was asking for advice on how to deal with her incorrigible boyfriend.  When one of the other teachers suggested “shooting him” as a solution, I just knew I was in a special place.  I want to move there on a permanent basis.”

Despite the impression made on visiting teachers, few schools seem willing to challenge Shibuya for the quirky crown.  Teachers at the nearby Jiyugaoka branch, which once again rated “Needs Development” for Quirkiness, issued a tersely worded response to the news.  “We take pride in our “Needs Development” rating.  We don’t do quirky here.  We certainly don’t encourage it.  We leave that for others.”