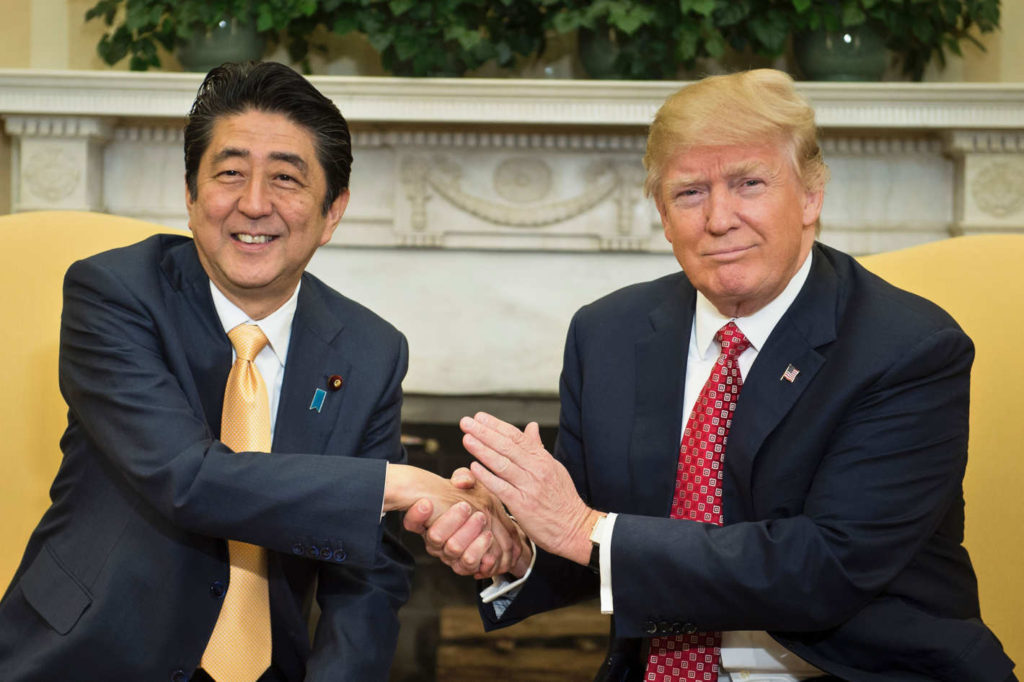 They’re calling it the “Handshake of Democracy”: it’s all warmth and smiles for the popularly elected leaders of the Pacific.

Keeping with his new policy of just trying to fit in, and doing as the Romans do in Rome, President Trump surprised the locals in Japan by passing himself off as “more Japanese than the Japanese” according to one observer.

Trump seamlessly adapted to the ways of the Orient by punctuating every sentence of his opening remarks with a fake cough while talking to local lawmakers, before sitting down and drinking oolong tea through a bendy straw. 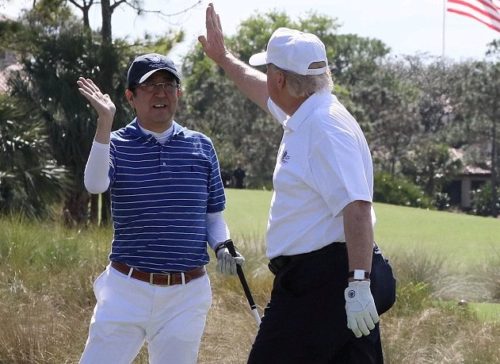 It’s high fives for the big boys here, but Trump’s caddy said the president appeared displeased when Abe shouted, “Ivana win,” prior to teeing off.

“Sometimes it’d just be one of those little wimpy coughs, and other times it’d be one of those coughs when it seemed like he was trying to expel every last big of phlegm from his body,” outlined Junior Secretary for Foreign Press Tiffany Permissiani.

“Donald’s clearly tired of being criticized for being a neo-imperialist, stomping all over the world on other cultures. So he decided to draw a line in the sand in Japan.

“And while he didn’t wear a hakama or do some judo like Mr.Putin, he certainly ingratiated himself by making a dad joke when a waitress brought his hand towel, and guffawing heartily when an intoxicated bureaucrat asked to see his penis.”