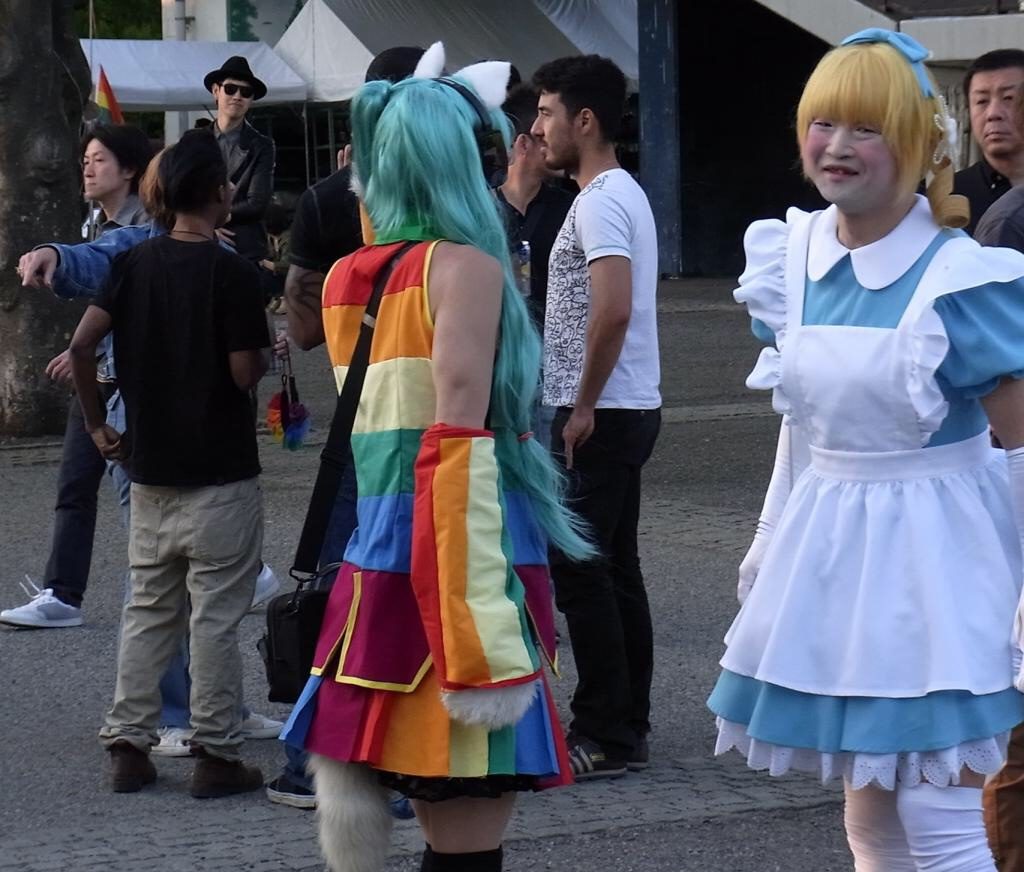 All the fun of the festival… but it looks like it will be a bridge too far this year.

“It’s going to be awfully hard for me to keep from sounding so pessimistic about this,” croaks Shido Tanimoto, former Chief Planner of Tokyo’s main festival for broad-minded folk. “The big boys have always worked together for these big events, but the rivalry has become too intense now.

“There’s always been friction between the clubs, but it’s always been overcome for the greater good. The problem now is that the number of straight foreign women visiting the clubs has increased, and the clubs have been in competition to promote the other as the place for western chicks to go.” 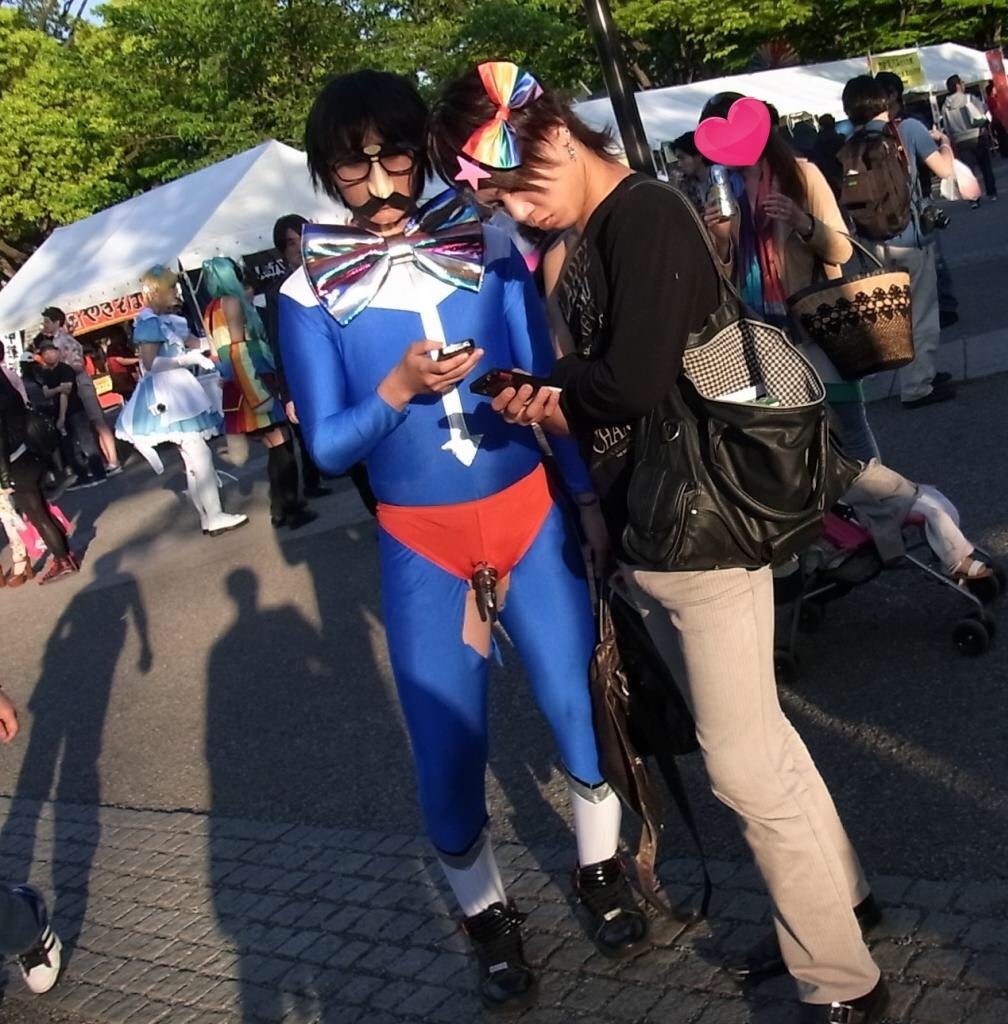 Sometimes it’s difficult to tell if creativy and self-expression are simply an individual’s cry for help.

Chin Chin, with it’s disco flavored music and sweet cocktail selection, has seen itself overwhelmed by foreign queer dears, some of whom have been gently encouraged to go there by rival clubs.  Some punters claim that they are made to feel like zoo animals due to the straight girls either gawking at them or trying to hang out with them because they consider gay guys to be cool.

“These fruit flys are trying to one-up their mates back in the States,” said Phillip Simkiss, a 34 year old skinny little man in hot pants. “They want to go back home and talk about how they got drunk with some Japanese gay guys, as though your regular American gay is now passé. None of them would go within a bull’s roar of an Asian guy back in the States, but they want to get up on stage with Kenji and Shunsuke and wriggle around. But the Japanese guys reel back as soon as they see the muffin-tops and the puyopuyo upper arms.” 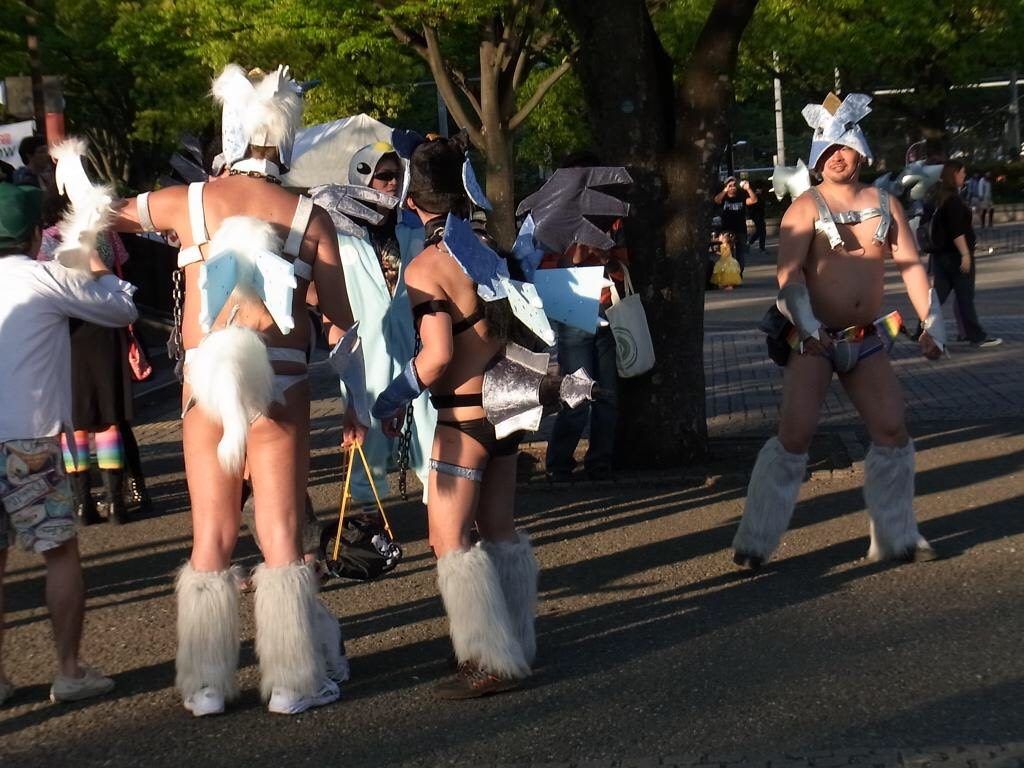 The celebration of homosexuality  has always been about freedom, but unfortunately that sometimes means freedom from dignity.

But this is the experience that the westerners are looking for.  As Simkiss points out, the main rival has gone ultra-masculine in order to turn the women off.  “It’s always sweat, sweat, sweat at Double Adaptor these days.  It never used to be like that. They’ve got all kinds of football jerseys displayed over the bar; Argentina Pumas, Calgary Stampeders, and Sydney Swans tops are all there.  Seriously, it’s like Burroughs’ “Cities of the Red Night” in there with all those buffed guys chesting each other to “Thunderstruck” and “Firestarter”.  Madonna’s not even on the playlist.

“So usually the western women come to Chin Chin, crying out for attention from guys who aren’t the least bit interested in ramming them.  Fag hags!  Do we need to have a dialogue to create a new level of understanding?  Well… no!  They just need to go to Roppongi and confront their fears of getting boned by a marine.”

As one Douple Adaptor regular, 27 year old Callum Fulwood, exclaimed, “I love being here surrounded by men who are up for it.  I only go to Chin Chin when I’m going through a dry spell.  I mean, c’mon, the house special is a strawberry daiquiri!  I’m not a member there so sometimes I have to line up.  But a receiver that I’m acquainted with hangs out there, and it usually only takes one or two drinks before my member gains admission to his VIP section.” 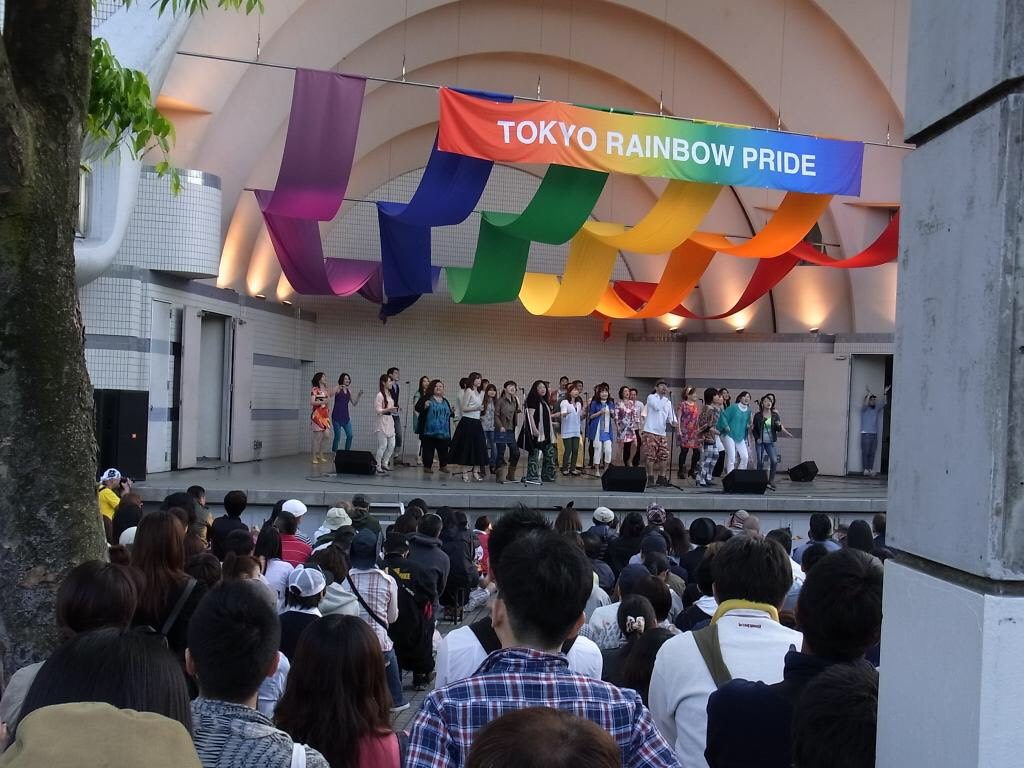 Unfortunately the cancellation of the festival will mean than not one D-Ream song will be sung in Yoyogi Park this year.

Although the rivalry between the two bars has become too poisonous for cooperation, there were rumors that other establishments would take over planning.  It was hoped that S&M club Butaniku No Katana and the Fruity Buns bakery would step into the breach, but their owners withdrew when they saw the logistics involved in running the festival.

Some people have made it clear, however, that they could care less about getting out in the park waving rainbow flags and blowing whistles.  Says Fulwood, “Double Adaptor is located near a cemetery, and it doesn’t get much better than being there at dawn, gazing across at Shinjuku while consummating a fleeting romance.”