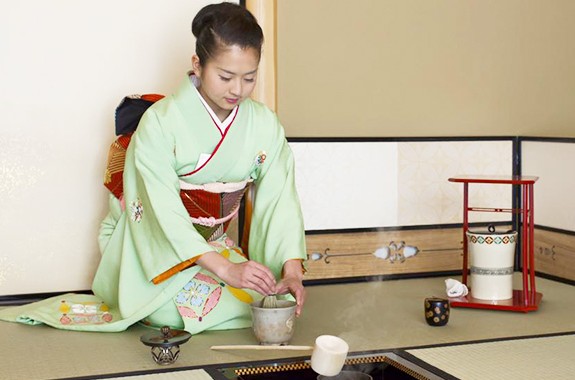 Style and grace are the main elements of an authentic tea ceremony.  Hot water and ground tea powder should be considered too.

A festive season get-together in Edinburgh, Scotland, has seen a 28 year old Tokyo resident come out on top in the unofficial exotic tea contest played out by her circle of friends.  Takanawa resident Fiona Nicol-Crook arrived back in Tokyo recently with many stories, but none as oft-repeated as her tea victory.

“My friend Sarah turned up with genuine Tibetan tea which she had procured in northern India, and Liz looked so smug when she made coffee using beans harvested in a rebel-controlled village in Columbia. Everyone was pretty excited to taste the flavors of areas which are still beyond the reach of evil western corporations.” 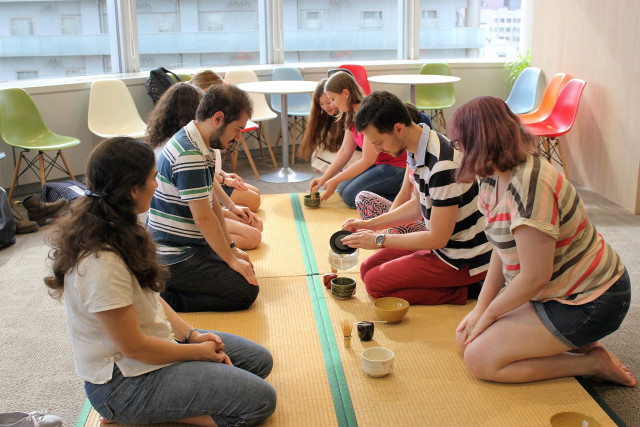 Nicol-Crook learnt the ways of the tea ceremony in the company of other curious westerners. The mood was soured, however, when a creepy German offered to give the women leg massages.

With the tea and coffee getting the afternoon off to a good start, Nicol-Crook was beginning to doubt that her macha would get her the attention that she desired (her friends’ didn’t even attempt to repeat the related Japanese words), and it wasn’t until she whipped out her mixing accessories that she began to feel confident of success.  In an instant Nicol-Crook’s friends, who spend a lot of their free time stuffing about with crystals and astrology, went all gooey over her little oriental tools.

“I took up the traditional tea ceremony posture on the floor, and encouraged others to follow suit, before mixing up some tea in an aesthetically appealing way. I had six people around me, although they were literally in the palm of my hand!  They quickly learnt the way of unique Japanese tea where you get the feeling of Edo, as well as having your legs ache like buggery within five minutes, creating a more spiritual and zen-like experience. 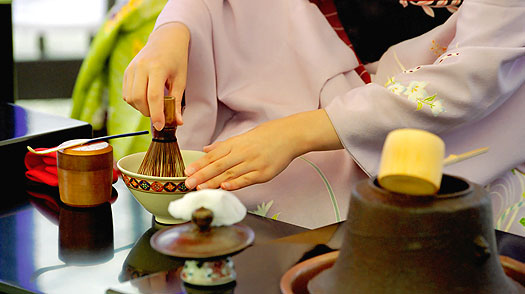 The clincher! Nicol-Crook’s buddies all wanted to try out the traditional wooden whisk.

“Everyone expressed their envy of Japanese women being able to comfortably sit like that, so I felt the need to gently remind them they all had much bigger breasts (than Japanese women).  My kind words put them back in good spirits.  And although the leg pain went a long way to my success, deep down I think that it was the mixing that did the trick,” reflected Nicol-Crook. “Everyone wanted to have a go with that cute little whisk. In the case of the Tibetan tea and the Columbian coffee, it was just a matter of sitting around waiting for the water to boil.”

Nicol-Crook promised that when she arrived back in Japan she would send supplies of green tea, which will then sit around in Scottish pantries for a few months before being turfed.