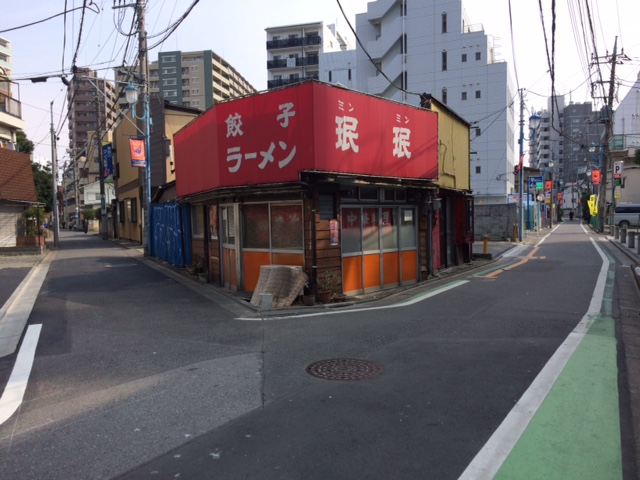 The day after the doors closed at Min Min.     John Maynard Keynes once said that there’s nothing sadder than the doors closing on a small business.

Chad Elway takes an audible drag on his cigarette and takes in the streetscape around him. “You weren’t there, man! You don’t know what went down, man! You’ve never had a dream fall through your fingers, so delicately, yet so cruelly… man!”

We were standing outside what remains of the Min Min ramen shop in Kanagawa.  The customers have long gone, replaced by rogue plants growing along one side of the premises.  Elway, a 44 year old Texan with sandy blonde hair, shakes his head as he takes in the scene of his once thriving business. 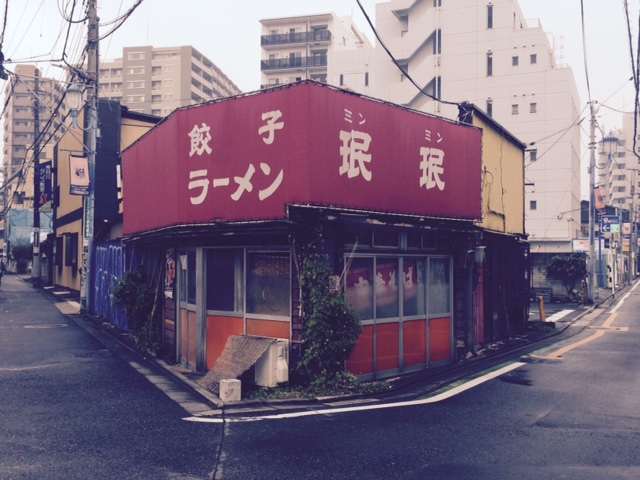 Nature starts to reassert its eternal claim to mother earth: Min Min as it looked last week when went back there after six months.

The last miso ramen was served at Min Min six months ago, as a sharp downturn in trade forced Elway to watch his dreams fade and die. “The locals loved my ramen, man. They loved the authentic vibe, the Showa-era charm of the place,” explains Elway. “But then the worst thing possible happened; westerners started coming.”

Thanks to a article written on an English language website, Min Min soon saw a harmonious blend of Japanese and westerners enjoying Elway`s much talked about ramen together. “Things were looking alright, man, but it was always a precarious balance between people wanting a quiet bowl, and people who wanted to talk about HBO dramas and Louis CK gags.” 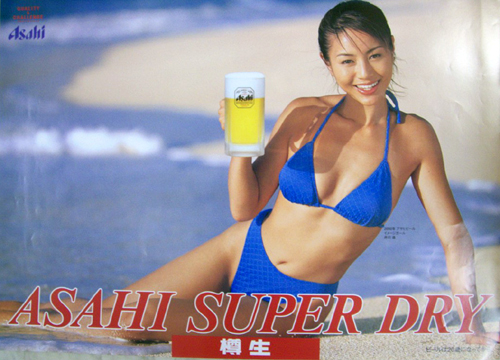 Posters like these, which adorned the walls of Min Min, gave customers a fascinating glimpse into how alcoholic beverages were advertised last century.

In the end, it seems, the scales were tipped by more foreigners coming in. “I think – no, I know – the locals found themselves being overwhelmed by the loud whiteys. My authentic ramen shop had become a gaijin hangout, with all the first world whining that you’d expect. There were requests for vegetarian gyoza, inquiries about wi-fi access, and disappointment when I told people that we had no craft beer.

“But the white women really spelled the end for me. Some were offended by the beer posters featuring bikini girls. Some complained about the unisex toilet. Others simply gave unsolicited advice: (adopts spoilt Colorado brat accent) “You really ought to renovate. You couldn`t even call the décor kitsch.” No locals wanted to be around to hear that crap. And who could blame them?” 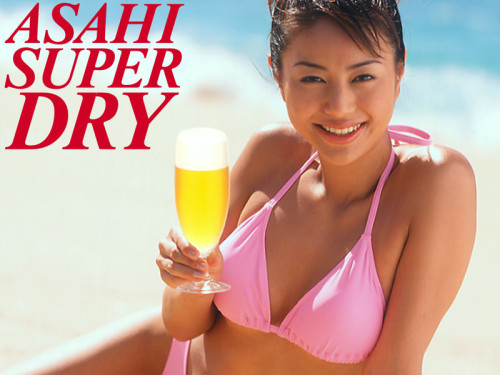 Radiant pictures such as this contributed to Min Min`s authentic retro feel.

Elway saved his last salvo for an entire generation, “And what is it with young people today?  I spent more than 10 years perfecting five kinds of ramen; shoyu, negi, tonkotsu, corn and miso.  So that, along with two kinds of gyoza, was the menu.  But these spoilt brats would always ask me if I could make anything else.  It was a ramen shop, for God’s sake, not Starbucks.”

Born with the American can-do spirit, Elway still hopes to make a comeback in another prefecture.  At the moment, he’s just waiting for an elderly aunt to die before he can get financed.  Then, he says, he’ll be changing his name to something like Hideyoshi Yamanaka or Shohei Kawaguchi in the hope that no foreigners find out about his shop.