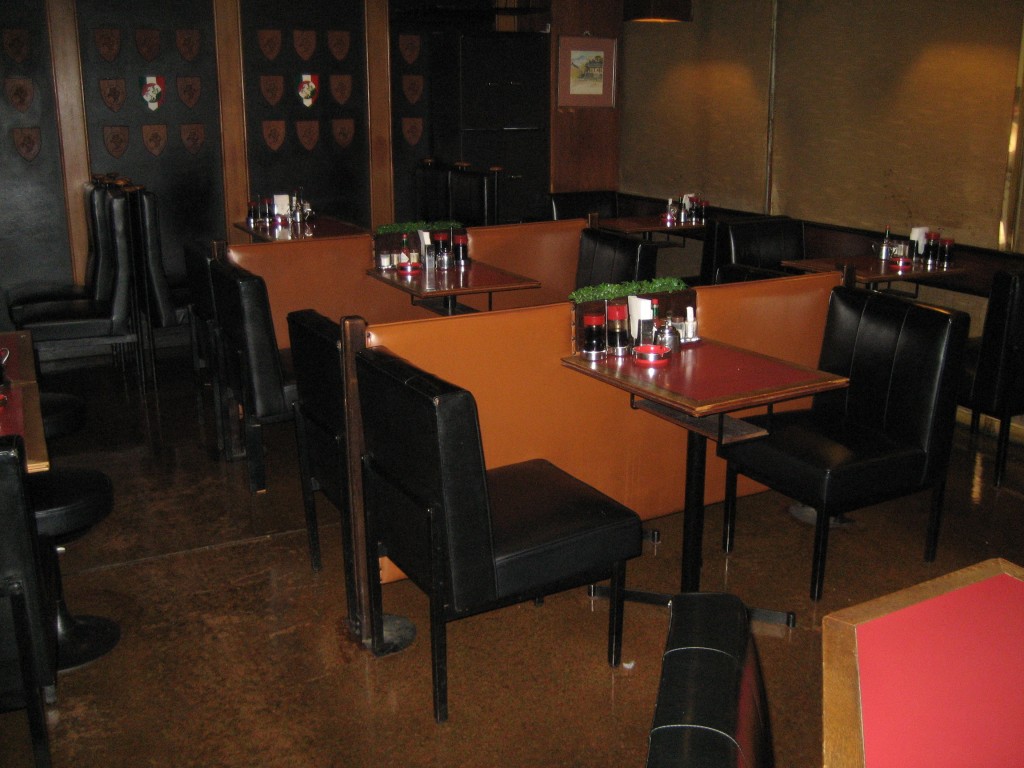 Lovers of Italian food would probably agree that Italian restaurants in Tokyo are more often than not geared toward female customers.  Just a quick glance around any Italian restaurant will probably result in a 10:1 ratio of women to men.  And the chances of seeing two men enjoying Italian cuisine together?  Extremely slim to say the least.  There`s a general lack of machismo, but that’s exactly what 58 year old Salvatore Dichio is trying to inject through his Ebisu restaurant, Sal`s.

I actually went to Sal’s with a female friend just after it had opened.  It proved to be a slightly off-putting experience. When my friend went to the bathroom, Sal came over to my table, stood behind me, and began to fiercely massage my shoulders, saying, “Your lady has gone to pretty herself, yes?  She wants to be ravished, yes?  That’s right, my friend. She wants your big cock, yes.  I’m sure she does.  That’s right.  She wants your big cock tonight.  I will bring some more grappa over to lubricate her.”  It was just after we had left the restaurant that I found out that every word could be heard from the bathroom.

So it was on a recent Sunday evening that a male acquaintance and I sat down to enjoy our first Italian meal together.  The waitress, with her backside having been freshly spanked by the owner, quickly approached our table bearing two glasses of grappa, which is apparently the standard welcome. The starters menu was itself surprising.  There was nothing in the way of fresh salads, assortments of regional cheeses, or soup.  Instead we were offered garlic bread – small or large – nothing else.

If the starters were easy to order, the mains were hardly more challenging.  We were given a choice of 3 kinds of spaghetti – Napolitano, Sicilian or Bolognese (heaped onto a plate with very little attention to presentation), and 3 kinds of pizza – Margarita, Sicilian or Mushroom.  Ricardo, the chef with a filthy apron which hasn’t been washed since Italy last won the World Cup, got busy with our order while occasionally throwing surly stares our way.  We couldn’t find the dessert menu, so we decided to ask.  We were promptly told that no desserts were served.

Photo collage from the wall at Sal`s

Whilst waiting for our order to arrive, we were able to take in the décor of Sal’s.  No romantic street scenes or mountain vistas for Sal.  Instead we found that the walls were graced by natty posters of various psychotic footballers as well as faded pictures of Claudia Cardinale and Sophia Loren.  Sal boasted that he had had both pictures of the actresses on his bedroom wall when he was teenager.  As beautiful as both pictures were, the thought of them inspiring a young Sal to bop his baloney gave us cause to turn our attention elsewhere.

Both the pasta and the pizza were cooked to perfection.  The pasta was the best I`ve had in Tokyo, and the pizza was an authentic masterpiece.  We were also both delighted to see that fresh garlic had been more than liberally thrown over the top of everything.  Those of you who might try to pick up a young lady after dinner – be warned!

Despite the lack of variety in the menu, we both agreed that Sal’s would be getting another visit in the future.  But please be warned that you should not expect any white wine to be available.  For as Sal says, “That stuff is for the funny man who celebrates a goal by putting his hand up the shorts of his teammate.”