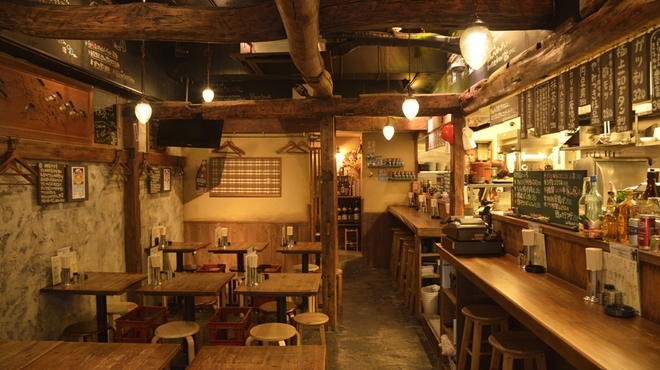 These seats will be filled with Japanese people, impeccably behaved Koreans, and sneaky North Americans of Asian descent.

Two Canadian English teachers were faced with an existential crisis on Saturday evening when their regular izakaya, Kushiten, refused them entry.  The refusal follows the issuing of an edict by new manager Tomotoshi Nagakusa, who had just taken over the Itabashi izakaya after his older brother moved to Gifu to join a religious sect.

Said one of the pair, 29 year old Edmonton born Thomas Myers, “We’d been going to the same place and ordering the same stuff for six months, and then we saw the “No Foreigners” sign. It is a shame because neither of us can read Japanese, but other regulars had helped us to learn the menu by heart.”

An old school buddy who still occasionally drinks with Nagakusa agreed to explain the circumstances lending to the new policy. “I’m not 100% sure, but I believe that while Tomotoshi was never a racist or a right winger, he apparently adopted certain views on whites after his honeymoon in Cairns ten years ago. 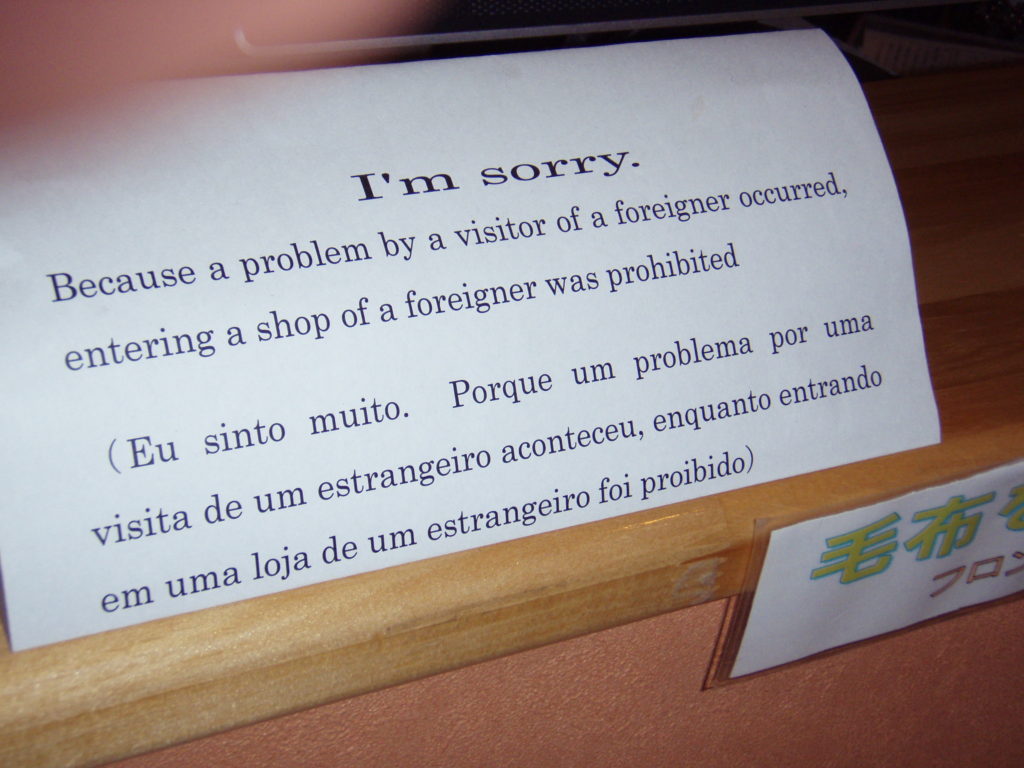 Every gaijin’s worst nightmare (except for the one where the girlfriend’s other special guy turns out to be in the yakuza, or when you find out that your dealer’s been arrested and the cops are taking a keen interest in the names and numbers on his phone).

“Tomotoshi had to do an enormous amount of overtime prior to his one week holiday, so he was exhausted when they arrived in Australia. Anyway, while he slept in their hotel room, the young blonde concierge befriended his wife. He took her shopping, to the disco, and eventually to secluded waterfalls that only the locals know about. It was during this time that Tomotoshi’s wife and the concierge consummated their holiday romance before the honeymooning Nagakusas could consummate their marriage.

“Had the lover been a German or Italian pureblood, the news would have been much easier for Tomoyoshi to handle.  Knowing, however, that his wife’s naughty bits were well acquainted with an Anglo-Celt-Whatever Aussie’s knob, well… it’s really asking too much of a man.  I mean, an Australian would steal the rice-ball off a dead man.  (They have) no sense of morals at all. 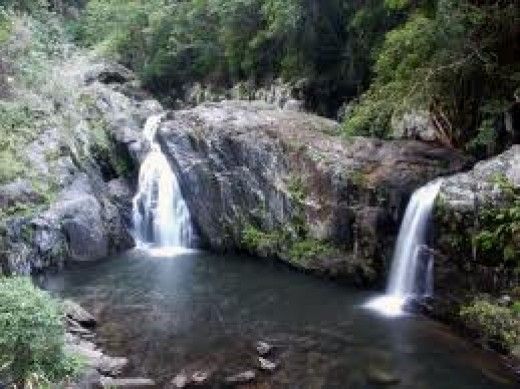 The pure, clean water contrasted with the filthy and disgusting sex acts which took place there.

“As we’ve seen from developments in Cuba, Raul Castro has implemented numerous social, economic and political reforms. Accordingly, Tomotoshi decided that he too would put his managerial stamp on things by introducing the No Foreigners policy, something that his brother would never have done.  He has also been trying to crack on to his waitresses in order to belatedly even the score with his wife.”

Although shocked at their treatment, the two Canadians re-gathered themselves quickly and managed to decide which of the other twenty izakaya in the area would be their new regular Saturday night destination.