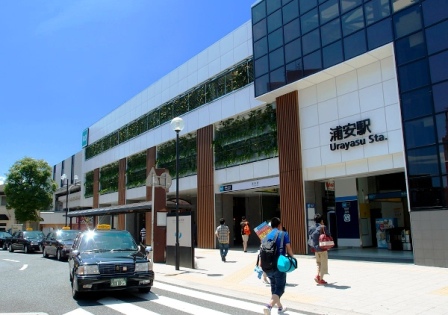 It may look like your boring, run-0f-the-mill suburban station, but it’s a hive of activity when the meeting, greeting, and bargaining begins.

It’s just gone 9:00am at Urayasu Station in Chiba, just a stone’s throw from Disneyland, and around half a dozen not-so-cool looking guys are gathered, waiting. The guys are known as Goofy Guys, prepared to pay a lady’s way at Disneyland, perhaps getting a photograph together in front of the castle, but seldom anything more.

Ikuko Seibyo, a common dater of Goofy Guys, is keen to point out that companionship makes a day out at the theme park complete. “It’s kind of embarrassing just going alone. In fact, there’s nothing sadder than getting into a spinning teacup by yourself. Having a companion removes that overwhelming sense of shame.” 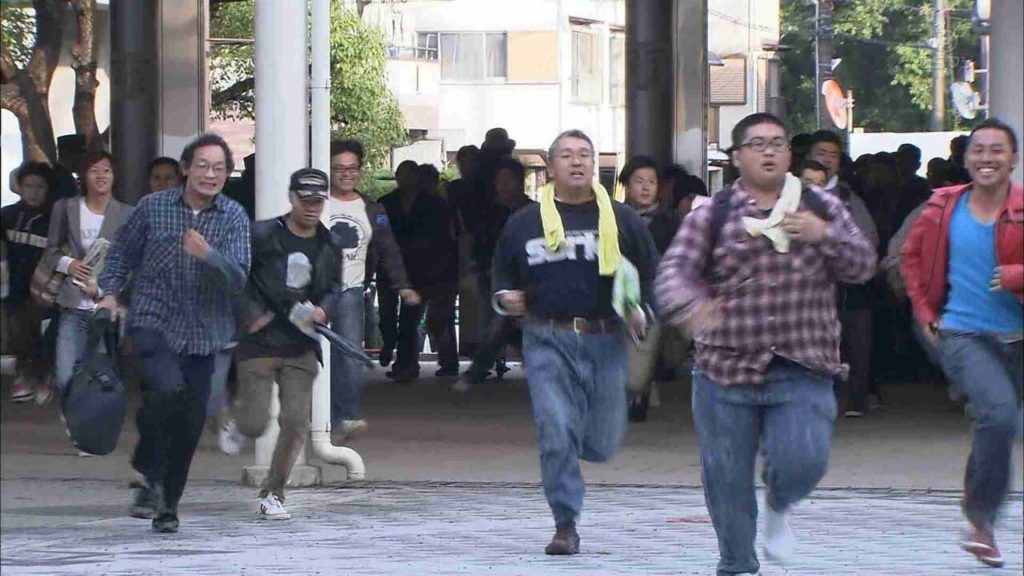 Sometimes there’s hot competition for best position to chill while waiting for the gals to arrive.

But Seibyo makes it clear that there are downsides to the delicate arrangement. “One or two of the guys think that they can be assertive just because they pay for your entrance pass. They try to take the initiative and suggest the plan for the day. I don’t like that. I remind them that I can blow them off whenever I want. Sure, if a guy’s nice enough, and not so moley, I might let him grope me in Space Mountain. That’s all though. I’d feel guilty if I had an orgasm with a guy while my boyfriend was working hard on a building site.”

So what is it exactly that gets the Goofy Guys to part with their hard-earned cash? “I haven’t got a kiss yet, although once a got a really light hug,” says regular Goofy Guy, Aneno Kahanshin. “There’s always hope though. I guess that’s what drives us all to do this.  We’re chivalrous, while maintaining perverse desires.  That’s why I sit at the back of the boat when we go through It’s A Small World. Not that I ever push the issue. I know my place.” 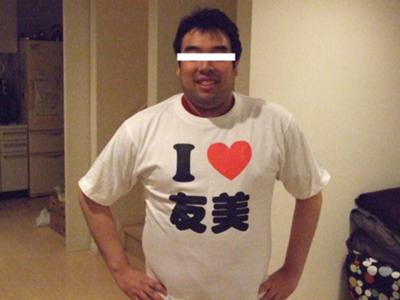 Desperate white guys have been known to turn up from time to time. *Photo amended following subject’s lawyering up on us.

Kahashin explains that up until now the bargaining process has traditionally been remarkably simple. “The women would come along and a financial arrangement was agreed upon. Some may have insisted on getting the Mickey Mouse ears to wear, but rarely anything more.”

These days, however, the negotiations have become increasing complicated, with even the pretty ordinary looking women demanding a meal at the restaurant inside Pirates of the Carribean, or a ton of souvenirs to shower on their buddies. 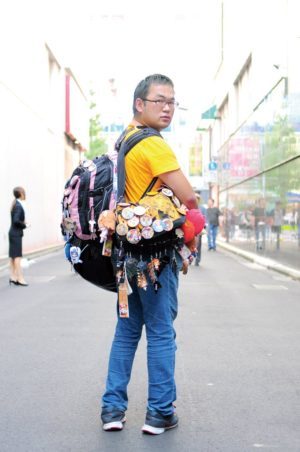 Many of the Goofy Guys rock incredibly creative styles when out on the town.

“I was eating instant ramen for weeks after my last date took me to the cleaners,” laments Kahanshin. “I didn’t know it was possible to blow that much money at a theme park in one day. She’s been texting me every week since then too, just assuming that I’ll go to a loan company so that I can spend another chunk of cash on her.”

Others have joined Kahanshin in rethinking their Goofy Guy roles, expressing concern at the level of diva-like behavior that is becoming commonplace. The fact is that more guys are prepared to be exploited in other ways, such as driving a girl and her friends to an onsen resort, or buying essential equipment for art classes. 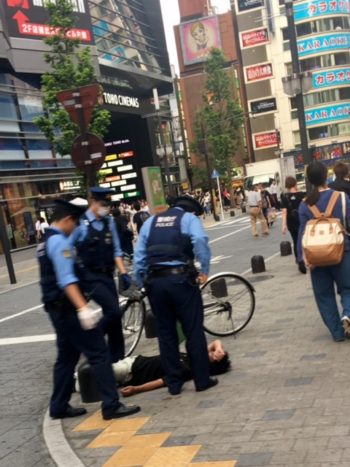 Exhausted, broke, and blue. Some days it all gets too much for many of the Goofy Guys.

Nevertheless, Kahanshin wants people to know that, far from being a pack of losers, Goofy Guys seem to know how to give a girl a good day out. “They have the cash, they know who is boss, and they know that she doesn’t care for him one little bit. The main thing is that they don’t go into it assuming that they’ll be pumping their date on the castle balcony at fireworks time. That’s an amateur move, right there. It just makes everything more awkward than it needs to be.”