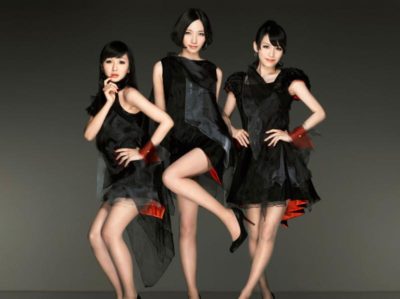 The three ladies of Perfume: Kashiyuka, Nocchi, and A-chan

“I really thought it was the fast track route to the center of operations.  It was my intention to provide English lessons at a competitive rate at times suitable to them.  Flexibility was something that I emphasized,” reflects Jacksie McQueef.  “At the very least, it would give me a realistic shot, rather than just going to every handshake event.”

As the 54 year old New Yorker drains his third Strong Zero whilst loitering in a notorious pick-up strip close to Shinjuku Station’s South Exit, he reveals more about his unsuccessful strategy of offering his services as an English Tutor to ravishable trio, Perfume. 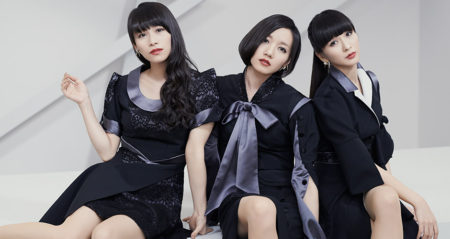 Life’s always a barrel of laughs when you’re a member of Perfume.

“Most guys just want to get into Nocchi’s knickers, but I was prepared to give Kashiyuka a serve too, albeit only to increase my stock value.  It was my hope that, by doing one of them, I’d create some jealousy and sexual tensions within the group, tensions that could only be released by sharing a night of passion with me.”

It’s been said that for white men, you’re never too old in Japan, that there’ll always be a willing female to hop on board Hakujin Airlines.  But as McQueef is finding out, it’s unwise to expect all those willing females to be hot and belonging to successful pop groups.

“I’ve contacted the group’s management on numerous occasions, but – and it pains me to say this – I’ve never received a reply in any way, shape, or form.  I have seen their security detail expand though, so perhaps I’ve had some kind of effect.  All I wanted was a demo-lesson, a chance to work my magic, and perhaps have some kind of misunderstanding resulting in light physical contact during a role-play.”

Although willing to concede defeat on the Perfume front, McQueef is refusing to throw in the towel completely, and he’s displaying the same perseverance that has led to his impressive 30 year career as an English language teacher in Tokyo. 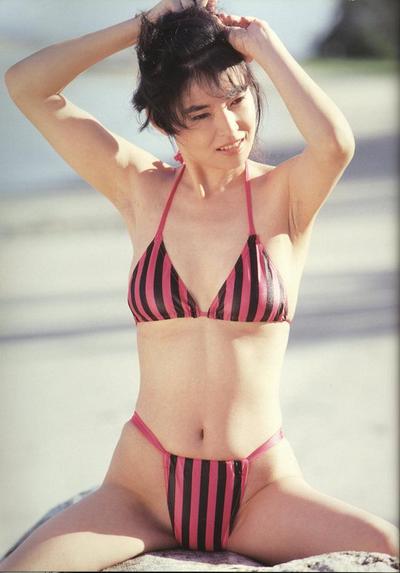 Naomi Zaizen sports a bikini rarely worn since the Bubble-era.

“I’m broadening my horizons.  I’m going after the women who used to be hot, but still have a little spark left.  Sure, the tits are pointing south and the labia might be flapping in the breeze, but I’ll still be able to honestly say that I’ve bagged a swimsuit model, albeit one who wouldn’t be seen wearing a bikini in public these days.”