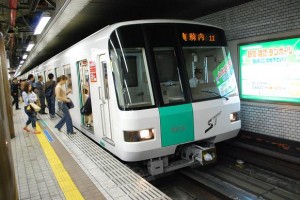 A picture of a subway train

Perhaps unsurprisingly, neither party would claim to have been the instigator of the incident. “I was simply sitting in the carriage like a normal commuter, zombie- faced and reading the hockey news,” explained 39 year old Canadian, Jane Petrie. “I certainly didn`t give that girl any kind of invitation to come and sit down.”

27 year old Australian, Marianne Hughes, was just as quick to get her side of the story across when asked why she had chosen to sit next to a fellow white woman. “Oh! Come on! She was wearing a knit cap and hunched over her i-phone. I didn`t know that she was a whitey until the last moment. It doesn`t matter anyway. It`s not like I tried to initiate any conversation or anything.” 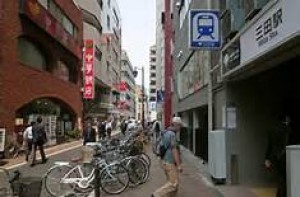 This entrance was used by Hughes to make her way to the platform.

Petrie and Hughes spent eleven minutes studiously looking away from one another as their train moved north from Kasuga. The tension finally subsided when Hughes alighted at her local station, Itabashi-Honcho. Petrie then watched closely to see if Hughes was actually getting off the train, or quietly moving to another carriage to escape a fellow white female.