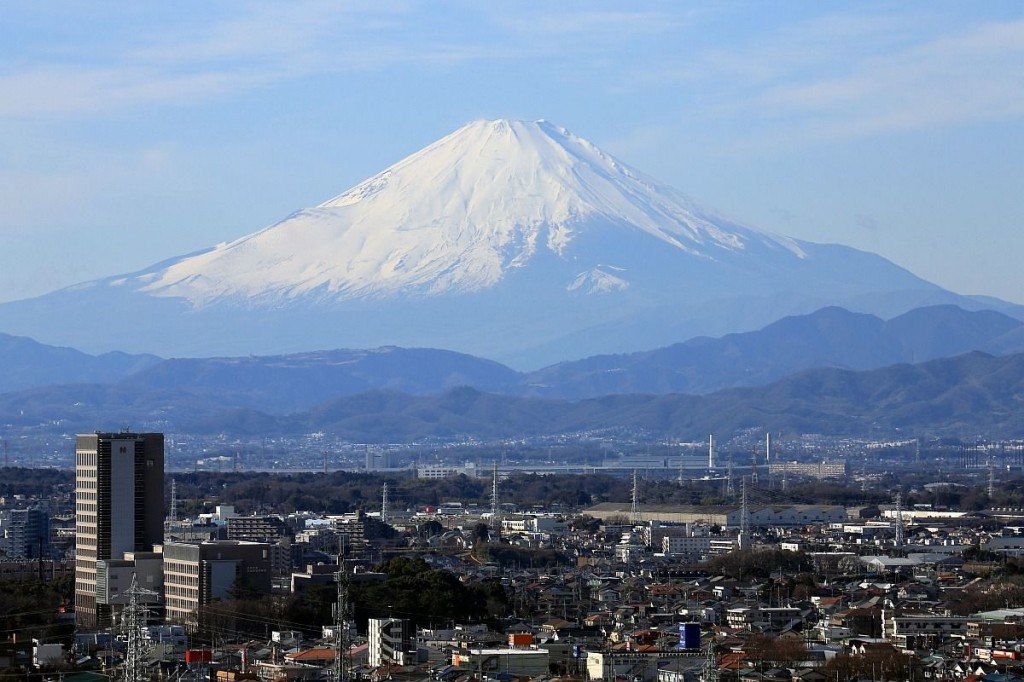 The last convoy of garbage trucks rumbled up the slopes of Japan’s highest mountain today to complete the garbage disposal phase of the much debated Fuji Fill-In project.  The controversial project is the brainchild of Italian geologist Serge Dimattina, who came up with the idea after Iceland’s volcano, (come on – let’s all say it together) Eyjafjallajokull, erupted in 2010.  Says Dimattina, “I just waltzed into Tokyo, mentioned that I grew up near Pompeii, and people started listening to me.  The Japanese authorities were anxious to commit to some kind of pre-emptive action after they saw the European Union’s failure to respond to a volcanic crisis.  Nobody in Tokyo wanted to experience the same humiliation felt by the Europeans with their inability to shut their volcano down.  I didn’t suggest filling it with garbage though.  That was a local initiative born out of a lack of space elsewhere.”

A spokesperson for the project, Seiko Komon, acted as my personal guide and explained the disposal policy.  “Obviously recyclables have not been going in.  That’s where most of the complaints came from.  There was a lack of information on our part which led to concerns that cans and bottles would end up in Fuji’s depths.  I want to make it clear that cans, bottles, steel and milk cartons have continued to be recycled.  What has ended up in Fujisan is your domestic waste like sticky plastic wrappers, rotting food scraps and soiled diapers.  It might get a little smelly, but as long as the wind is from the south everyone in the city will be fine.”

The final stage of the project will see a jobs-for-the-boys frenzy as the construction industry gets on board to dump over a megaton of concrete into the volcano to effectively seal up the refuse.  In a side development, all police leave has been cancelled due to fears that underworld hit rates will rise dramatically just prior to the concrete going in.

It’s far from clear just what impact the fill-in will have, so in the interests of safety, this year’s summer climbing season has been cancelled.  Experts estimate that as a result of this order, over two million photos will go untaken, and up to ten thousand foreigners will be forced to find some other Japanese thing to experience before heading to social media sites to go on and on about it.

The project is set for completion one day prior to Mt Fuji receiving a long awaited World Heritage classification later this month.